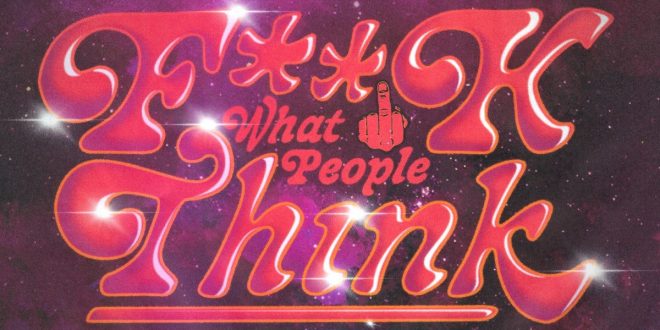 When you put the creative Rock Mafia team in a room with outspoken songwriter and singer Goldiie you end up with real music empowerment. “F**K What People Think” was produced by Rock Mafia and co-written with Gabrielle “Goldiie” Nowee who also lends her vocals to the song, out today on all digital platforms via 12 Tone Music Group.

“We were having a spirited conversation with Goldiie about how the world is and how people interact with each other and how it affects our lives and other people’s lives. People care way too much about what others think and if we could all stop doing that, life would be a lot happier.” — Rock Mafia

With mounting concerns over cyber-bullying, social media depression and growing outward displays of intolerance, “Fuck What People Think” serves as the dose of music therapy we all need. It is a sing-along and get-up-and-dance power anthem to heal and empower. “There’s a social epidemic where people are allowing others to make them feel like they’re not worthy, like they can’t shine in their own unique way. People judge others just for being different than them. This song is about driving home the point that it doesn’t matter what people think.” – Rock Mafia

Goldiie is a multi-platinum singer and songwriter who has worked with Chris Brown, Jessie J, Wiz Khalifa, Meek Mill, and Nipsey Hussle to name a few.

“I can tell you that if you were to talk about the secret ingredient to happiness it would be F**k What People Think.” – Rock Mafia

Stephen Vicino is the founder of MusicExistence.com. He created this site to give talented musicians a voice and a way to be discovered.
@@svicino
Previous AJ CROIX & THE DEVIL’S RIGHT HAND BAND TO RELEASE NEW ALBUM CUMBERLAND JAIL ON OCTOBER 12
Next Gallery: Maggie Rogers at The Greek Theatre in Berkeley, CA (9.20.19)