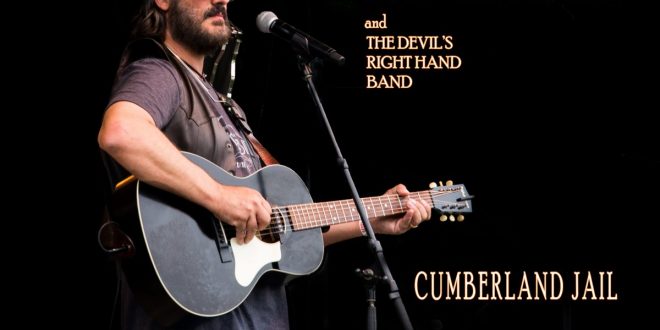 AJ Croix & The Devil’s Right Hand Band is set to release his new set of songs on his fourth album release Cumberland Jail, out on October 12. Presale begins on September 27th on all digital platforms: https://music.apple.com/us/album/cumberland-jail/1481539388

The collection of songs on the album fuses elements of southern rock with outlaw and old school country. While the depth filled lyrics are the true focus of this album, it’s Croix smooth yet powerful vocals that add that extra honest touch to the songs. As you listen to the songs on Cumberland Jail, you take a journey with Croix, who not only wrote, produced and sang on every track he also played multiple instruments throughout song set. The album was mixed by AJ Croix and Malcolm Burn (Emmylou Harris Bob Dylan.) Also lending their talents is Jimmy Somma on Electric guitar, Bill LaGreca on bass and Steve Decker on drums.

Cumberland Jail might be eclectic in its style, but the early country influences stand out. There is a tip of the hat to Wille Nelson in the song “Goodbye Nashville” and a little Waylon Jennings on the song “Cumberland Jail” with a bit of George Jones in “I’d Go Dry.”

Stephen Vicino is the founder of MusicExistence.com. He created this site to give talented musicians a voice and a way to be discovered.
@@svicino
Previous The 69 Eyes Announce Their “Hell Has No Mercy” 2020 U.S. Tour With Wednesday 13
Next ROCK MAFIA JOINS FORCES WITH GOLDIIE FOR THE RELEASE OF “F**CK WHAT PEOPLE THINK”