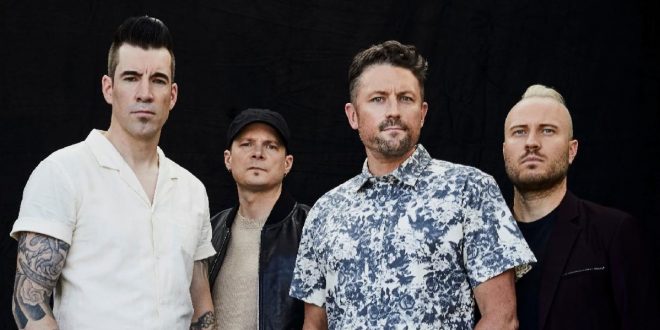 Multi-platinum band Theory of a Deadman has announced the release of their seventh studio album, Say Nothing, out January 31st via Atlantic Records. Lead single “History Of Violence” – which turns the tables on a story of domestic violence – is out now along with the gripping music video. Directed by Sam Sulam, the visual for “History Of Violence” illustrates a searing snapshot of a woman enduring an abusive husband as she plans to fight back, eventually ending up in jail but free of her abuser. Say Nothing is available for pre-order now at all DSPs and each pre-order will include an instant download of “History of Violence” – HERE.

“I look at the record as a microcosm of our current era,” says Theory of a Deadman guitarist Dave Brenner on the upcoming record. “It’s a reminder to look inward at what’s happening and what we’re becoming. I hope everyone dives into the words. At the same time, music is still an escape. Maybe we can give the world a little solace and encourage everyone to treat each other better.”