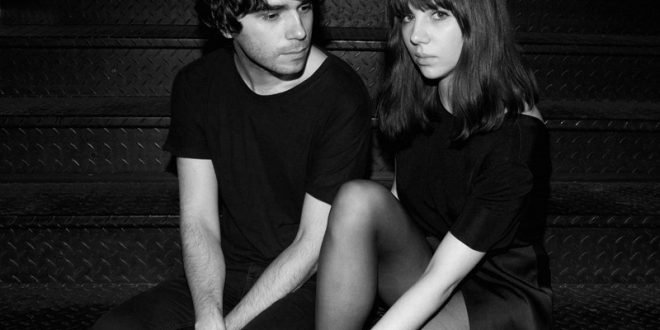 Today, The KVB have shared “Submersion,” the title track, from their new EP with Brooklyn Vegan. The band told Brooklyn Vegan the song is ““a melancholic, romantic and uplifting ode to closing off the distractions and turmoil of the modern world and being alone with the one you love.”

The Submersion EP is comprised of two unreleased tracks from the Only Now Forever recording sessions, along with three remixes/alternate versions of tracks from the album. The KVB also announced a fall tour in support of their new EP, which will be released digitally on October 4 and available as a limited edition tour exclusive vinyl. The fall tour will mark the band’s debut North American tour and are rescheduled from this spring’s shows which were cancelled due to reasons beyond the band’s control. All tickets purchased will be transferred to the new dates and any ticket refunds will be available from the point of purchase.

The upcoming tour will kick off in San Diego and includes shows in Los Angeles, Phoenix, Atlanta, Brooklyn, Philadelphia and includes festival performances at Desert Daze and Levitation. All upcoming shows are listed below.

Previous James Blake performs “Are You In Love?” on Jimmy Kimmel Live!
Next Foals unveil new song “Into the Surf”