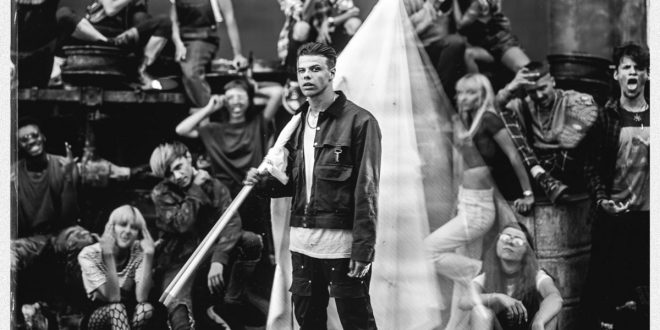 Today YUNGBLUD, the British punk rocker/rapper/songwriter who doesn’t like to be classified into any specific genre, announced the release of his upcoming EP the underrated youth. Due out October 18th, the EP will feature six tracks including the already released “parents” and “hope for the underrated youth”. The announcement also came with the premiere of the official “hope for the underrated youth” video which was shot in Bulgaria, and showcases the biggest cinematic project the musician has released thus far. The images of love, hate, violence and war showcase the tumultuous times the world is living in today, and how the power of young people will be our saving grace.

“I wanted this project to amplify a world that is consumed with unjustified hate. A world, where the common denominator of my generation is the fight for hope, unity and the deep desire for equality. Our ideologies are colliding head on with the hate around us, but we are beating it with a bouquet of fucking flowers! I wrote this project about the people I’ve met around the world, the stories I’ve heard and the journeys, that went on inside my own head.”

Music Existence interviewed Yungblud earlier this summer right before he hit the main stage at the legendary Reading and Leeds Festival in England. He spoke to us about the “hope for the underrated youth” fan video which projected his song lyrics across the British Parliament buildings in order to send a clear message. 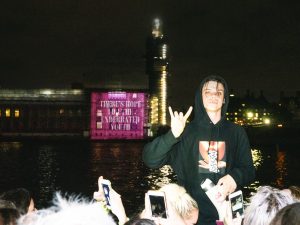 “I had an idea; I wanted to project something on the Houses of Parliament because Boris Johnson was just elected as Prime Minister, which was totally farcical to me… I had wanted to rally my fans and show people what we can do by the power of unifying each other, and how much noise we can make.” Read the full Music Existence interview here.

The release of his new EP will coincide with Yungblud’s latest run of shows across the US, Canada and Europe. The Twisted Tales of the Ritalin Club Tour, kicked off Monday night in Austin and will continue into late November.

*** This article has been updated. The original release date of Oct. 11 has been pushed to Oct. 18

Toronto based writer for Music Existence. Lover of all things rock n' roll and Star Wars.
@katietymo
Previous Grace Potter announces 2020 North American tour
Next Gallery: The Faim at the the House of Blues in Dallas, TX (09.18.19)