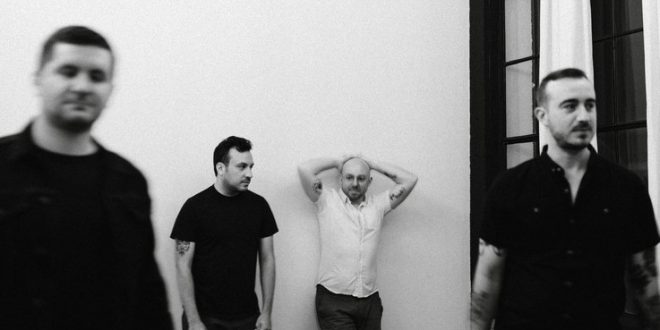 Last week, Philadelphia-based punk band The Menzingers debuted the music video for the song “Strangers Forever,” a track off the band’s forthcoming record Hello Exile out October 4 via Epitaph. The track is a searing tribute to parting ways, backing their spiky guitars with brilliantly barbed lyrics.

“Lyrically, the song is inspired by Leo Tolstoy’s classic novel, ‘Anna Karenina’. In it, the character Darya Alexandrovna learns of her husband’s infidelity and declares: ‘Even if we remain in the same house, we are strangers — strangers forever!’” explains vocalist Greg Barnett. “The idea of becoming a stranger to someone you so intimately know stuck with me and became the overarching narrative to this song.”

Since forming as teenagers in 2006, The Menzingers have shown their strength as rough-and-tumble storytellers, turning out songs equally rooted in frenetic energy and lifelike detail. The forthcoming sixth studio album, Hello Exile sees The Menzingers take their lyrical narrative to a whole new level and share their reflections on moments from the past and present: high-school hellraising, troubled relationships, aging and alcohol and political ennui. With the band achieving that soul-baring intimacy all throughout the album, Hello Exile emerges as The Menzingers’ most emotionally daring work to date.