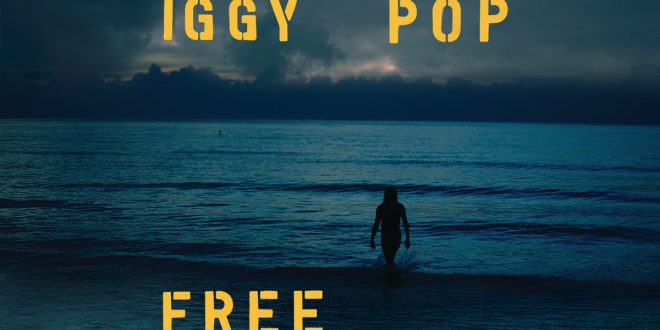 The last time Iggy Pop released an album (2016’s Post Pop Depression), it was promoted as the punk rock godfather’s last studio album. After nearly fifty years of recording, performing, and touring, Iggy was throwing in the towel and calling it a career. So the context of the previous album leaves Iggy’s newest effort Free in a strange spot. In Free, Iggy finally accepts the role of a jazzy crooner. Free is a self reflective album with a somber tone.

Free opens up with the title track, where Iggy only utters the phrase “I wanna be free” over a phenomenal jazz instrumental. The instrumentals on this track begin a trend that rings through the entire album. Lush instrumentals overpowering mediocre lyricism.

The album continues with the bombastic “Loves Missing”, a ballad with a harsh guitar strum that sounds very similar to Josh Homme’s guitar work on “Post Pop Depression”. Iggy describes the yearning feeling of love’s absence from a relationship. The song feels like a punch in the gut while on the dancefloor. “Loves Missing” is a jam that makes “Free” a complicated album to dissect.

After the heartbreaking ballad “Loves Missing”, comes the drum-heavy “Sonali”. The Ruby Sylvain and Leron Thomas penned song has a peppy instrumental, but a slog when Iggy sings. This is the main issue Free has. Iggy is not the singer he used to be (not that he was a great singer to begin with), and these instrumentals would be better suited for a younger musician to perform. Iggy is one of the greatest performers of all time, but he’s not that person anymore. A seventy-two year old man can’t pull off singing a song called “Dirty Sanchez”, not a great look.

The final three tracks on Free give the album a somber tone. Iggy has accepted his role as rock’s elder statesman, and is reflecting on his life. On “Page”, he sings universal truths such as “We’re only human” and “I’m to you, just an artifact”. Iggy is aware of his age and his mortality. Iggy tributes fellow trailblazer Lou Reed with “We Are The People”. Iggy belts out Reed’s lyrics like a bat out of hell. “We are the insects of someone else’s thought, a casualty of daytime, nighttime, space, and God”. Iggy kicks the door down with this track, bringing back memories of the man who fronted The Stooges back in the 60’s.

Finally, Free cruises to a finish with “Do Not Go Gentle Into That Good Night”. The reading of Dylan Thomas’ poem is a heartbreaking end to what was an eclectic album. The sense of longing, regret, and love come from Iggy’s gravelly voice. The instrumental swells to the conclusion that Iggy is giving fans one last hurrah before hanging it up. The inclusion of Thomas’ poem provides catharsis to an album rife with emotional baggage.

Free is a solid album. The highs are incredible, with “Loves Missing” and “Page” being  the main course. Deeper cuts that turned out to be gems are “Do Not Go Gentle Into That Goodnight”, and “We Are The People”. “Free” exceeded expectations, especially for an artist that’s been around for half a century. Eighteen albums in, Iggy Pop still gives fans something to be surprised about. If punk’s godfather decided to finally retire after this album, Free is a solid way to end a career.