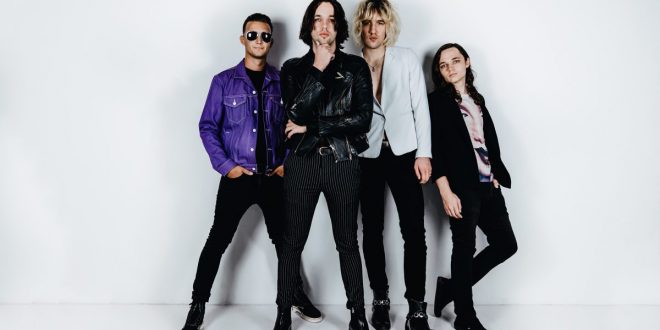 “I was introducing the movie to my ex-girlfriend who had never seen it,” says vocalist/guitarist Jack VanDerPol. “After the credits rolled, I walked to the kitchen and wrote the song. It just came to me.“

Furthering their ode to the cult classic, Viper Club’s name is a nod to the assassin squad in the film.

“Beatrix” is a fuzzed-out, raw track with well-scripted lyrics, expressive vocals and electrifying guitar riffs that will have listeners reminiscing about the British rock invasion. The pleasing, toe-tapping chorus embraces garage rock and pop sensibilities with an infectious melody that begs you to bob your head.

Jack VanDerPol is joined by his younger brother and drumming phenom Nate VanDerPol, long-time friend Carl Gumpert on bass, and the swoon-worthy Nick Torri on guitar. The group formed Viper Club to be more than a band, but a movement. Ahead of releasing any music, they shared an audio call-to-action titled “77 Kilobytes” which pledges “I solemnly swear to not care what people of lesser understanding, importance or taste think about what I am or who I like. This is my life and I shall treat it that way by respecting my own boundaries, opinions and self.“

Listen to “Beatrix” now on Spotify and Apple Music.