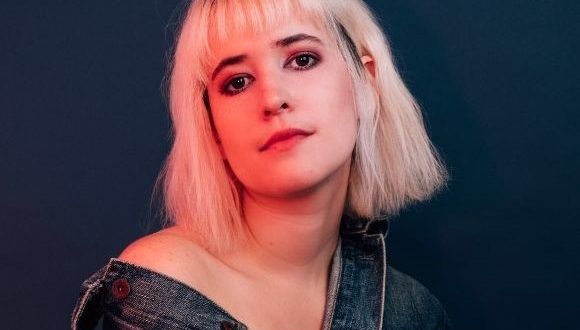 “Honestly, my entire life, I’ve wondered who the heck is the type of person that drinks cocktails at hotels in Manhattan. I somehow found myself there, stirring the ice in my $20 cocktail and thinking about why I’m always following the type of love that I know is going to hurt me,” introspectively admits Mariel Loveland of NYC-based indie-pop band Best Ex, about her latest single “Bad Love.” Out today (September 19, 2019) “Bad Love” is a melancholic, dark pop song that revels in minor keys while Loveland’s clear and emotive vocals tell the universal story of poor decisions turning into bad love.

“That moment felt like some sort of wake up call to adulthood after years of reading those highly dramatic Cosmo or Vice essays about dating in NYC and picturing how that happens and how someone finds themselves there,” she continues. “I went from being this timid, terrified girl drinking lukewarm beer in a college dorm room to this brave but cartoonish image I always had of a single New Yorker, yet nothing changed at all. I was still unhappy, and I was still unable to let go of the same person who made my heart skip when I saw him during college orientation.”

Currently working on new music, the follow-up to her debut EP Ice Cream Anti-Social (2017), Loveland is diving even deeper into indiepop, a move that may surprise some old fans of her former band Candy Hearts.

Excited to release more music, she’s focused on all that Best Ex has been stacking up. “I have a lot of songs on my computer’s hard drive,” she beams. “It almost feels like they’re mad at me for letting them rot on a cheap HP that I purchased on Black Friday. What a terrible fate. They deserve better, and they’re ready to be shown to the world — very soon.”