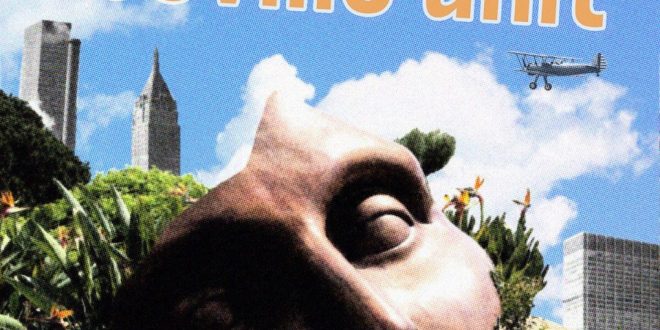 Scoville Unit’s single “Sidewalk” from their self-titled release should go far in establishing the four piece as one of the more talented forces working in the indie music scene today. They make a big splash with this single thanks to how well they marshal musical, vocal, sonic, and overall songwriting strengths into a seamless and entertaining package. The Northeast based quartet has released a video clip accompanying the single’s release and the footage further reinforces the band’s gifts. They have an overall presentation certain to capture the fancy of audiences throughout the nation and beyond. It’s one of the more winning singles you’ll hear in 2019 and introduces listeners to their self-titled release in the best possible way.

It all begins, for me, with the vocals. Gandhar Savur’s singing brings the song’s lyrical content to life without ever overplaying his hand and the band joins in for backing vocals at key points that help the song flex its pop rock muscle. Savur has obvious zest and an emotional investment in the song from the outset that brings listeners closer to the material and the production balance between the various instrumental and vocal threads with an unerring ear. The lyrics give him something substantive to sink his teeth into but he shows his experience by never applying too much force the words and, instead, dramatizing the content with the right amount of phrasing skill.

Kevin Shelbourne’s lead guitar work adds a number of flourishes throughout the track and a fiery solo near its conclusion. Shelbourne is a well known name in indie rock circles but plays as a band member, incorporating his talents into the overall sound, rather than ever attempting to command the listener’s attention. Savur’s unobtrusive rhythm guitar fattens the band’s sound and the rhythm section of bass player Drew Isleib and drummer Rob Hunsicker provide an excellent one-two bottom end punch for the band without ever being heavy handed.

“Sidewalk” runs three and a half minutes long. It makes it an ideal track for radio and the mainstream sound of the track, coupled with its inviting tone and dollops of humor, lends itself well to a music video interpretation as well. The video adopts a straight forward and well tested approach mixing a simple song-connected narrative with footage of the band performing together in an unnamed location. It utilizes many of the genre’s standard devices – jump cuts, an appealing cast, and a strong visual sense.

These are ingredients in a tasty formula that Scoville Unit makes great use of. The first single from their self-titled studio release brings their strong points together in a condensed and stylish package while never coming across as a shameless audience pleaser – you get the impression listening to this that the band has written and recorded music they want to hear. Fortunately, for us and them, it’s a popular concoction. They serve up a delicious pop rock platter with the single “Sidewalk” and we can rest assured there will be much more as good or better coming from this band in the future.