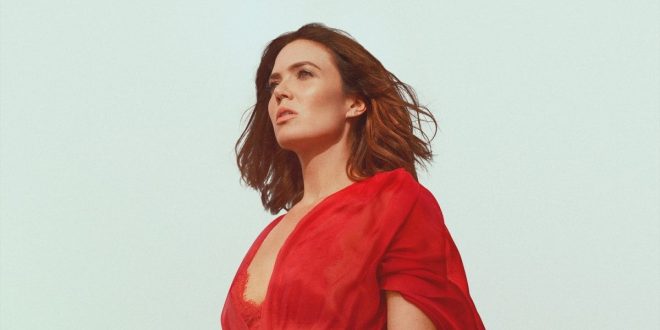 Acclaimed actress and musician Mandy Moore is back with a soul-stirring new single titled “When I Wasn’t Watching.” A classic piece of California pop built around her captivating vocals, the song is set to appear on Moore’s forthcoming full-length effort – her first album in over a decade, due out via Verve Forecast early next year. Watch the music video below for “When I Wasn’t Watching,” a softly stunning visual directed by Lauren Dukoff.

Produced by her longtime collaborator Mike Viola, “When I Wasn’t Watching” channels the intense self-reflection Moore experienced in making her return to her music. “The idea of diving back into music after so much time and personal change was really intimidating to me for a while,” says Moore. “But then I finally realized: I’m the only person who can make this move. It all has to start with me.”

Thanks mainly to Moore’s gracefully crafted lyrics and warm vocal performance, “When I Wasn’t Watching” also speaks to a more universal truth. “I think everyone’s had the experience of feeling lost and not quite understanding how you’ve found yourself at a certain point in your life,” Moore says. “And I think the key is not to judge yourself for that. I’m a big believer in the idea that what you’ve journeyed through is ultimately going to factor into the person you become, and how you’ll greet whatever big challenge you face next.”

With her next single due out before the end of the year, Moore looks forward to embarking on the next chapter of her music career with a newfound sense of agency. “I very much feel like I’m at the helm of the ship now, where I’m stepping back into music completely on my own terms,” she says. “Everything that’s happened up until this point has gotten me to where I am today, and I’m so excited to just keep moving forward.”