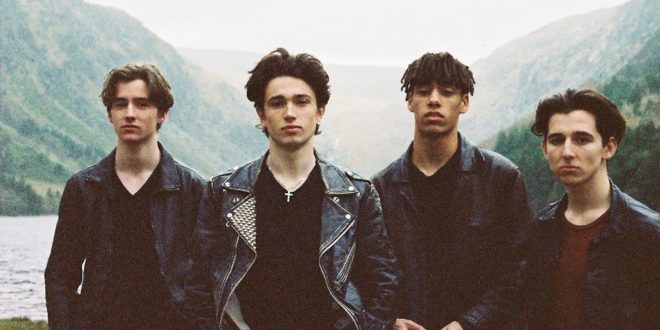 On Friday, Inhaler shared the video for their brand new single “Ice Cream Sundae.” Rising Irish director Hugh Mulhern, previously known for his distinctive videos for Fontaines D.C., lends his signature surrealist style to the clip that sees an unconventional, devilish romance unfold amidst the neon lights of the slot machines.

The song is the Dublin quartet’s first release via Interscope Records. A shimmering indie-rock anthem, a sense of melancholia lurks beneath its gleaming exterior. “It’s about loss and gain,” says singer Elijah Hewson. “I like writing about normal teenage experiences that everybody can relate to. I’m just trying to write about the joy of being alive, being a teenager, and the bad things that can come with that.”

Produced by Antony Genn, “Ice Cream Sundae” is the band’s third single, following on from the atmospheric pop of “My Honest Face” and the expansive epic “It Won’t Always Be Like This.” Hewson (vocals, guitar), Josh Jenkinson (guitar), Robert Keating (bass) and Ryan McMahon (drums) formed in school in Dublin and quickly set about writing tracks that pulled their influences – ranging from The Stone Roses, Joy Division, Depeche Mode, Interpol, The Cure and more – together and twisted them into a sound of their own.