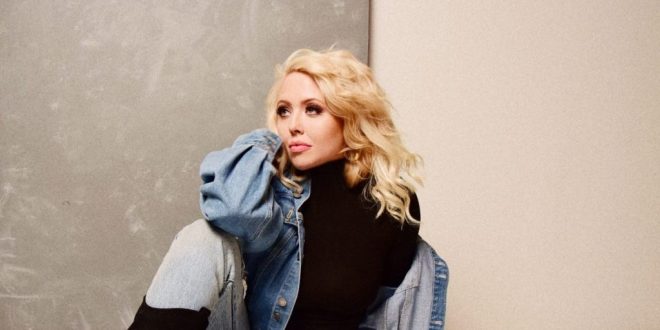 Interview: Chloe taking the Reins on her first solo release

Chloe Lowery, or professionally known as CHLOE, may have only released her debut album this year but she is no stranger to the music industry. Chloe is a seasoned expert in the music business, having received her first recording contract at just twelve years old by RCA Records. Following RCA, she had a brief stint with Disney, but ultimately both projects didn’t work out. Even as a young child she knew that music was her passion, so with the support of her family, she continued to pursue a career in music.  Music Existence spoke with Chloe about her past projects, her love for New York City and her debut album release.

Although Chloe’s songs may be unfamiliar, her voice certainly isn’t. As a touring professional, she has been on the road for over ten years with various acts, including The Trans-Siberian Orchestra and Broadway’s throwback smash “Rocktopia”. The experience she gained from touring with these productions proved to benefit Chloe while entering into her solo career, where she was abel to take the reins on her music for the first time. “The TSO, they are my family. I have been touring with them for ten years, and I love them, but they are somebody else’s decisions….. I want to give my best performance, but it’s not my material, it’s not my words, and I think being an artist, that’s where its different. I put the pressure on myself way more for my solo stuff. Also, I want people to like it, I want it to have an impact”.

Chloe was determined that her first album would be relatable to her fans. Her debut release was primarily about a seismic shift going on in both her personal and professional life around two years ago. “I went through a major life change, I went through a big break up and professionally, personally, everything was just changing. I think the only way I knew how to deal with everything was to just put it into music”.

“I think as musicians, it’s our job to inspire and help people and that’s what I really wanted to do. I was going through something rough and all I can hope is that the fans can related on some level, and if it helps somebody get through a dark time then you know, I did my job and it’s all worth it”.

Chloe’s album The In-Between, contains of mix of tracks that showcase her powerhouse vocals, as well as her varying style of influence. Her album will give you everything from the 80’s inspired dance track “Dirty Disco”, to the forceful self-empowered ballad “Don’t Let Yourself Down”. “It’s my big 11thhour number, and there is a real personal side to it, because it was the first song that I started to write when I wrote my record. My mom said ‘Don’t let yourself down’ to me and I never really heard that saying before ….and I kept that idea, and I wrote part of it at the time, and a year later I ended up finishing the song, because I actually knew what to say”.

Having been raised on what Chloe refers to as “The Holy Trinity”, consisting of Céline Dion, Whitney Houston and Mariah Carey, it was later on when she fell in love with rock music. Her admiration for Ann Wilson of Heart, and Janis Joplin would come in useful when she hit the Broadway stage with the multimedia stage production “Rocktopia”. Every night she sang classic rock n’ roll songs accompanied by an orchestra and visual effects.

Broadway, and specifically the city of New York, played a big role in developing her sound. She attributes the passion and history of New York City as being major influences in her record, and how she evolved into the songwriter that she is. “I’ve lived here off and on since I was fifteen, I finished high school here, so I kind of call myself a New Yorker. The energy of the city, the music scene, the access to theatre, everything is at our fingertips here. It’s a huge part of my record, and me”.

For the remainder of the year Chloe will continue to promote her album The In-Between, as well as release more of her “Chloe Cover” videos online. Soon enough she will be back on the road in November to rejoin the Trans-Siberian Orchestra for their all new show, this holiday season. Be sure to check out Chloe’s album if you’re into powerful pop music, that’ll brighten up even the darkest of times. Her uplifting and enthusiastic approach to music is a joyful refresher, in a genre that can typically get dull and mundane.