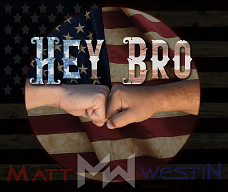 “Hey bro I got your back and dare anybody to go jackin’ with that, naw
Hey bro I know you got mine, yeah…some things run thicker than a blood line
Gotcha covered my brother from another mother down any back road”
-Lyrics to “Hey Bro”

“No reason to fear this Friday the 13th… I’m releasing my next single, ‘Hey Bro,” reported Pittsburgh country music artist and actor, Matt Westin. In fact, one might say that Matt has been riding a wave of good luck since leaving his promising career as an engineer, for the lights and stages of country music and film.  His 2018 debut album, “Legacy” earned him the respect and praise of both fans and critics, while yielding 3 radio airplay chart singles. He was named the 2018 International Music and Entertainment Association’s Male Country Artist of the Year, as well as being nominated for several other industry awards. Earlier this year, his single, “Stomp On” reached the iTunes Country Songs chart Top 40.

Now, Matt Westin returns with “Hey Bro,” another rockin’ country track, written by DJ Gleason and Joie Scott, and produced by industry veteran Bryan Cole. The single was released worldwide on MTS Records on September 13th, 2019. The accompanying lyric video features footage of bikers and “bros” hanging out, while paying tribute to military and first reponders.

“It’s definitely Matt’s most visually engaging video to date,” said Michael Stover of MTS. “In fact, Matt single-handedly and painstakingly selected each frame of footage found in the video. We’re all very excited about it!”

ABOUT MATT WESTIN: Following the passing of his father, Matt Westin left a successful engineering career to follow his dreams of a life in country music. Matt has appeared in Billboard Magazine, New Music Weekly, and many other publications, as well as having performed on ABC and FOX TV. He is an IMEA Award Winner and a multiple award nominee. He is portraying Johnny Cash in the upcoming motion picture, 116 MacDougal. For more information, please visit www.mattwestin.com. 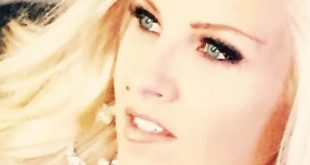