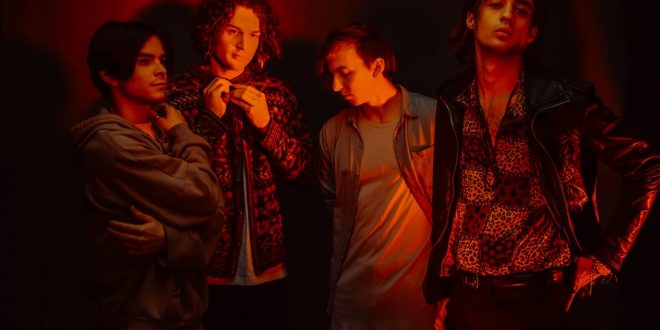 The Faim stand up to interrogation in “Humans” music video

In anticipation of their long-awaited debut album, State of Mind, The Faim have unveiled the official music video for lead single, “Humans,” today. The cinematic offering dives into the world of science fiction while also highlighting a visually stunning band performance. The video follows the four-piece as they’re taken captive by a government organization and subjected to interrogation.

“Creating the music video for our latest single, ‘Humans,’ was our favorite shoot to date,” says The Faim’s bassist Stephen Beerkens. “We worked with an amazing team in Los Angeles, who helped capture the entire video in just one day. The concept represents us searching for both our differences and the things we have in common, which also encapsulates the essence of the song: what it means to be human,” he explains.

Following the release of last year’s debut EP, Summer Is a Curse, The Faim wasted no time in writing new music for their first full-length effort, State of Mind, due on September 13 via BMG. The album includes eight brand new tracks in addition to previously-released singles, “Summer Is a Curse” and “Amelie.” If you were able to catch The Faim on tour in the U.S. earlier this year, you may have also heard them play “Beautiful Drama” and “Infamous,” two additional songs on the record.