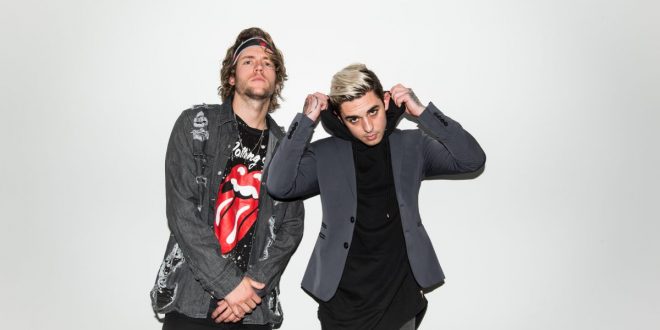 Southern California duo NEFFEX unveiled the official music video for their song “Sunday” on Monday. Inspired by the “Champagne Sundays” that the duo hosted at their Hollywood Hills house, the piece features the group’s own Bryce Savage and Cameron Wales as they throw an unforgettable party with friends and endless bottles of champagne. Earlier today, Billboard exclusively premiered the video and praised the song’s “vivid hook led by glassy synths.” Watch the video now.

“Sunday” was officially released Friday, August 23rd via 12Tone Music Group and was written, produced and mixed by the duo themselves. The track was preceded by NEFFEX’s pop anthem “It’s My Life”, which debuted earlier this month.

“Working on Sunday was a blast,” said NEFFEX. “We wrote it based around the vibe of these Champagne Sunday events we used to throw at our place where we’d buy a ton of champagne and alcohol and invite all of our friends around LA to come over and just enjoy themselves. The music video captures the fun we had throwing those, and the different ways our friends all got to meet, interact with one another and party with us.”

The group will take their genre-defying music to the stage this fall, beginning with a headlining date at The Troubadour in Los Angeles, CA on Thursday, September 12th. Afterward, NEFFEX is set to kick off their highly anticipated fall European tour on Tuesday, October 15th, at Mascotte in Zurich, Switzerland.

Previous Album Review: Lailien – Ensoular
Next The Faim stand up to interrogation in “Humans” music video