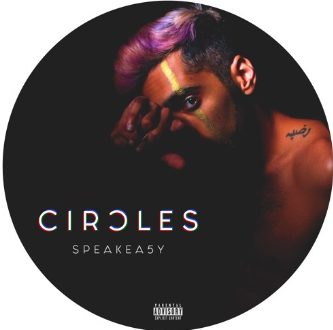 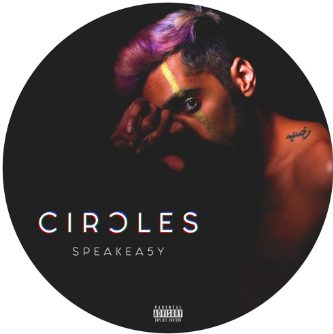 In a year that has been wholly defined by experimentalism of every variety, speakea5y unleashes one of the most profoundly forward-thinking records of 2019 in the incomparable Circles, an album that pushes elements of rap, hip-hop and eclectic pop into uncharted territory like no other disc has in the last decade. Instrumentally speaking, Circles is driven by cerebral textures in songs like “Apollo,” “Luna” and the grinding “Terminus” (which features Chidlet Pierre in a very unique guest appearance) while centering on the provocative poeticisms of its players in “Mercury,” “Venus” and “Terra.” This is unquestionably one of the best LPs I’ve heard in a long time.

Surrealism of a particularly urbane strain lies at the heart of “Luna,” “Mars” and “Terra,” but there’s never an instance in which speakea5y gets so caught up in the stony, atmospheric vibes of the music that we lose sight of where he’s taking us next with his commanding arrangement of beats. He’s joined by BluLine in “Mercury,” Drea Real in “Venus” and Keith Johns in “Terra,” all of whom make a critical impact on the narrative of the music through cutting vocals that demand as much of a physical reaction out of listeners as they do an emotional one.

Some of the songs in Circles – primarily “Apollo” and “Mercury” – let us see speakea5y at his most unapologetically vulnerable and raw, and it’s in these compositions that I think his audience is able to appreciate the depth of his musicality more than anywhere else on the LP. He’s not holding anything back from us in this material; contrarily, he’s using everything he’s got in the studio to make us feel everything that he is in perfect synchronicity with these sinfully intoxicating beats. It’s at once both breathtakingly personal by design and yet still relentlessly postmodern in nature.

There’s no need for debate; speakea5y’s Circles is an album that belongs on any credible indie critic’s top ten list this year, and I say that knowing quite well what a remarkable eight months it’s been for underground artists like this one. From start to finish, it’s impossible to break the hypnotic spell that speakea5y casts at the very onset of “Apollo.” This debut is an undisputed home run.