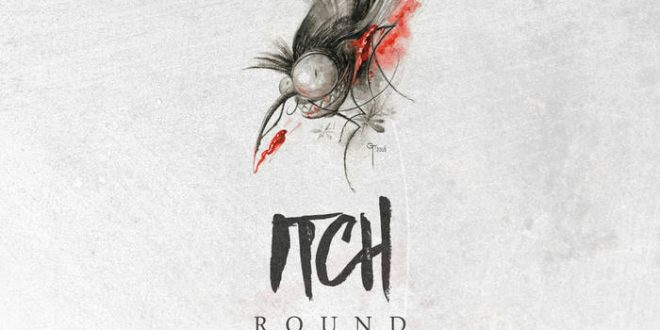 Itch is a Serbian based four piece whose sophomore album Round 2 poises them to make a big impact on the American music scene. They enjoyed fulsome success in the European market on the backs of their debut release Lullulu and parlayed its positive reception into a number of high profile European festivals like Beer Fest, Strumica Open Air, and Osijek’s Urban Fest, Radio stations and MTV Adria alike flocked to the band’s material as well. They experienced lineup upheaval in the aftermath of that success, but even a single listen to this nine song collection shows a band who has reloaded with nary a hiccup and priming themselves for their first American tour.

Guitarist Dušan Simić lays down glittering funk inspired guitar in the first seconds of the album opener “Prison Disco” and the band latches onto a memorable groove once the song begins in earnest. New bassist Vihor Ristić and drummer Filip Stanišić are an impressive rhythm section tandem giving the groove fluidity more leaden players would mar and their ongoing musical dialogue is even more impressive considering their limited time working together thus far. They are a natural fit. The band’s second newcomer, lead singer Nina Budjinski, has ample skill and a hint of seductiveness in her voice never risking classlessness.

“My Oh My” continues in a similar vein but Budjinski eschews the sultry overtones of the first track in favor of a more straight forward approach. She strikes an appealing emotional note, however, and conveys equal parts yearning and soul with her voice. The arrangement has a much harder edge than the first track during many passages but Itch reins in those inclinations during the verses and allows the spotlight to shine on the vocal with spartan percussion accompaniment. Frantic but spot on bass playing leaps out of the speakers during the song “         Defpotec” and Stanišić’s drumming matches Ristić’s energy every step of the way. It features Budjinski’s most playful vocal yet and Simić unleashes restless lead guitar fitting the song quite well. Itch does 180 degree musical turns with fleet-footed precision that will impress even cynical listeners.

The album’s first single “Captain Love” kicks off with a hypnotic quality before settling into a more evocative and mid tempo arrangement. It is easy to hear why they chose this for Round 2’s first single – it illustrates their instrumental talents, musicality, and intelligence. Budjinski shines bright during this performance and scales gripping heights. Itch’s latest release will put them on the map in more than just the United States – this band is ready to go global.