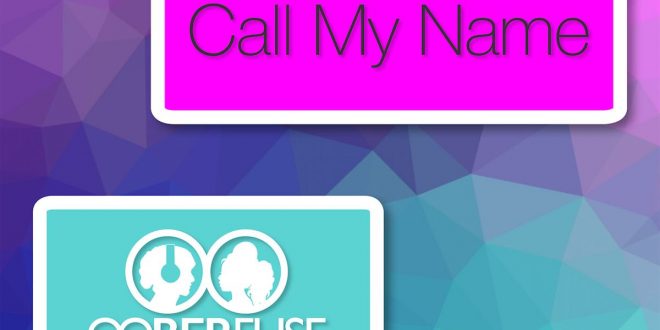 With a swaggering industrial bass wallop, OOBERFUSE uncork an explosive club jam in “The Noise” remix of their new number “Call My Name,” which is out now alongside four additional remixes of the hit summer song and music video. “The Noise” runs just over three minutes, but it doesn’t even need a third of that time to get everyone with a pulse shaking to its bursting beats. This is the dirtiest mix on the Call My Name extended play, and not just in terms of tonality – the vocal, the percussion, the hollow reverb that springs back into place as hastily as it burns off of the verses Cherrie Anderson so delicately croons; everything here has a grimy finish that makes every element of the harmonies sound and feel textured. It seduced me on the spot, and if you’re the type of listener who loves a good EDM rhythm, I think you’re going to find yourself in the throes of its churn just as quickly as I did.

“Call My Name – Hal St John Radio Edit” doesn’t have a dark cloud hanging over its intro, but instead a new wave-influenced, palm-muted guitar riff that is even more chilling than the synth parts we hear in the “Push The Frequency Festival Mix” are. These two tracks are like two sides of the same coin; St John’s edit spreads out the melodies and lets us follow a simple, swaying verse/chorus/verse song structure, while the festival mix explores the depth of the vocal, and furthermore, how it can reflect the emotion in the instrumentation rather than the other way around. It isn’t the first time that an artist or band has tried a concept like this, but I can confirm that its one of the only successful attempts that I’ve heard in the last few years. “Call My Name – Patrick Kambo Radio Edit” is much more orthodox, which makes the EP as a whole a bit more accessible to the non-audiophiles among us, but the truth is that Call My Name was never meant for the “once in a while” electronica fans; I think that, within all probability, ooberfuse made this record for their most loyal fans who have watched their growth since day one.

Ooberfuse’s music video for “Call My Name” boasts the “Paul Kennedy Radio Edit” of the song, and it was definitely the best pick for the piece. The other mixes on this extended play are amazingly involved, engaging listens, but Kennedy’s edit takes the cake as the most extraordinarily suave. All of the elements that we find in the other mixes are present, but they’re compact, glossy and smoothly executed without any extra pageantry, which allows for the images within the video to take over our attention without anything else to get in the way. Call My Name, along with ooberfuse’s collaboration with Hibari (the single “Bitter End”) have been occupying indie music headlines since their release, and if you’ve yet to hear either or both of them, I would recommend doing so immediately. With less than a half a year remaining, I don’t think it’s at all absurd to start referring to these latest offerings from ooberfuse as “Best of 2019” contenders.

Previous The Menzingers share music video for new song “America (You’re Freaking Me Out)”
Next Single Review: Mark Huff – “Made by Hand” \ “Breaking Through”