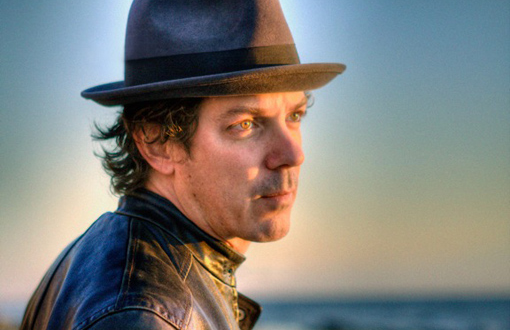 Single Review: Mark Huff – “Made by Hand” \ “Breaking Through”

“Made by Hand” leads the way for Mark Huff’s two song preview of his forthcoming new album. He couples the track with a compelling “b-side” entitled “Breaking Through” and, taken together, these two songs represent another dramatic turn in a musical journey spanning many years. Huff sets out on that journey from his hometown Las Vegas playing with the British Invasion inspired punk band Smart Bomb and releasing his first solo album Happy Judgment Day. Time evolves as his musical ambitions and songwriting alike; recording his first Nashville studio album Gravity in 2005 to rave reviews and has maintained a sustained schedule of recording and touring since then opening for artists as diverse as Bob Dylan, Peter Frampton, and Al Green.

Chad Brown’s production accentuates Huff’s inherent songwriting strengths. “Made by Hand”, inspired by Biblical reading, possesses melancholic melodic grace thanks to the piano running through the song and maintains an ongoing sonic dialogue with jagged slashes of electric guitar interspersed around those aforementioned elements. Soulful guitar flourishes erupt from the track at scattered points throughout the performance and act as occasional musical exclamation points built into the mid tempo arrangement. The chorus and bridge brings the song to memorable dramatic peaks.

His lyrics are  infused with a poetic glow never flirting with pretentiousness. The song has obvious personal meaning for Huff, but listeners can mine its imagery for their own meanings. Different listeners will connect with the track in different ways. Huff delivers strong vocals elevating the song’s impact. Huff brings palpable emotion to his performance. There is no question he means every word of it.

The “b-side” “Breaking Through” has a much brisker pace than “Made by Hand” and a bristling rock and roll spirit. It’s a head-held-high assertion of identity in a music world too often intent on pigeonholing performers and music artists into profitable notches rather than allowing and encouraging them to follow their Muse. Huff needs no encouragement. These two songs are potent illustrations of the promise his new release has for new and longtime fans alike.