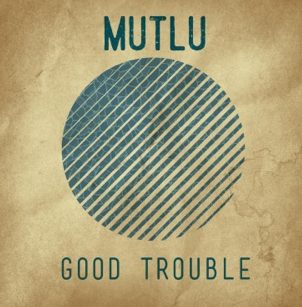 Mutlu’s musical journey has included a long standing collaboration with singer/songwriter Amos Lee and sharing the same stages as marquee performers like Joe Jackson, Shuggie Otis, Katy Perry, Todd Rundgren, and the Blind Boys of Alabama among many others. It’s the seven songs on his new album Good Trouble bringing us here today, however, and the first generation American of Turkish descent proves he can more than stand in the company of those aforementioned performers. He’s garnered a lot of attention for his numerous appearances on Daryl Hall’s popular “Live at Daryl’s House” program and has toured often with Hall and Oates as a support act for their live shows. Mutlu has trod the boards in some of the most renowned venues throughout the United States and overseas like Los Angeles’ Greek Theatre, Philadelphia’s Tower Theatre, and the Royal Festival Hall in London. It is as sure of an indication as any of the respect and popularity he commands as both a performer and songwriter.

“Lifeline” packs quite a wallop without ever steamrolling listeners. The majority of the wallop comes from the percussion – it is a mix of straight forward drumming and handclaps, though it is difficult to tell if the handclaps are generated by keyboards or live. It doesn’t really matter however – the percussion is quite unlike anything else you’ll hear on the album. I noticed, in retrospect, this is one of the few tracks on the album that are strictly acoustic and feature no electric guitar embellishments, but it doesn’t affect the quality in any way.

He takes another direction with the track “Not Escapable” and invokes a reggae sound through surprising instrumental means. Despite the notable instrumental variations from typical reggae tunes, the song is successful and benefits a lot from the insistent percussive song defining the performance. Mutlu takes another stylistic turn with the song “95 to 5” by including a wah wah guitar instrumental break in the song’s second half that might have sounded out of place in the hands of a lesser songwriting but, instead, really leaves a mark on the song that lingers with listeners. The multi tracked vocals, especially during the scat singing sections, are effective and focus the on the mainstream potential the song holds for listeners.

John Oates makes a guest appearance on the soul tune “Nothing in This Whole Wide World” helps send it over the top vocally but Mutlu’s own singing performance is far from shabby. It may take on time-tested subject matter, but Mutlu has such a signature style that he makes the subject sound like something new and the arrangement has the same smooth passion we hear in the earlier songs. The final curtain for Good Trouble falls with the performance of “Oh My Girl” and there’s another precise and well played electric guitar break in this song that helps elevate it to the album’s final special moments. There are many such moments on Mutlu’s latest album and there’s undoubtedly more to come from this prodigiously talented performer. 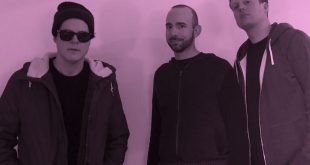 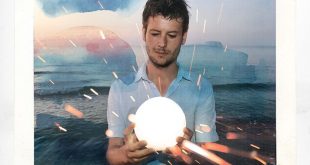