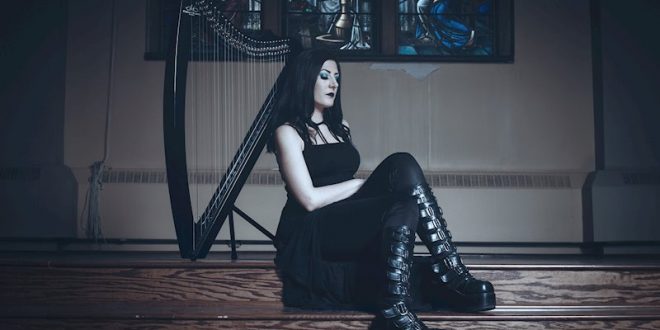 Cradle of Filth keyboardist and vocalist Lindsay Schoolcraft, an accomplished singer, songwriter, harpist, and pianist in her own right, is preparing to release her debut solo album later this year.   Martyr, co-written by former Evanescence drummer Rocky Gray. The album offers eleven tracks of entrancing gothic rock, influenced by Schoolcraft‘s background in classical music.  Fans of Evanescence, Nightwish, and the like will appreciate Martyrs‘ lush, piano-driven arrangements, while Cradle of Filth enthusiasts will enjoy hearing this darkly romantic side of Schoolcraft‘s music.

NewYork Based Photographer. Music Enthusiast with a background in Graphic Design. Whether I'm shooting a live event or just out wondering the streets its about capturing the moment.
Previous The 69 Eyes Release Music Video For Third Single “Black Orchid”
Next Starset Release New Video For “Manifest”