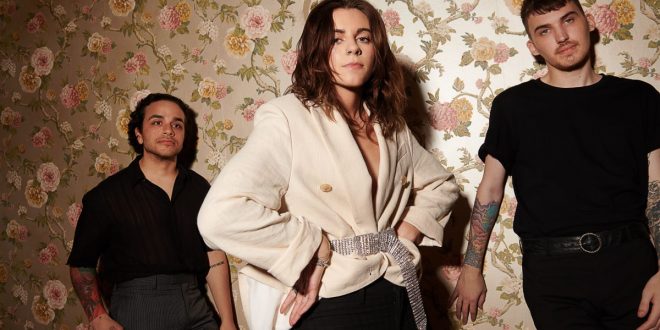 PVRIS has released their new single, “Hallucinations,” today via Warner/Reprise Records. Frontwoman Lynn Gunn teamed up with Marshmello and Amy Allen to write the song, which she then produced with JT Daly. “Hallucinations” marks PVRIS’ move into the next chapter of their already successful career, embracing their pop sensibilities more than ever before. Alongside the release comes an official video directed by YHELLOW that fuses psychedelic and occult elements, creating an alternative dreamscape. The band will release an EP on October 25, followed by a full-length album early next year.

PVRIS will embark on a sold-out U.S. underplay tour in September, including stops in Los Angeles, Brooklyn, Nashville and more, plus festival stops at Reading & Leeds in the U.K. and Riot Fest in Chicago. See a full list of dates below.
The band recently unveiled another new track,“Death of Me,” the band’s latest since the explosive launch of All We Know of Heaven, All We Need of Hell (2017), which reached #4 on both the UK Albums Chart and the U.S. Alternative Chart, with leading tracks “What’s Wrong” and “Heaven” each garnering over 13M streams.
Since forming in 2012 out of Lowell, Massachusetts, PVRIS – comprised of Lyndsey “Lynn” Gunn (vocals), Alex Babinski (guitar), and Brian MacDonald (bass/keyboard) – has quickly created their own musical lane, blending rock elements with deep, atmospheric beats and pop-leaning melodies. They made their debut with the 2014 release of their first full-length album, White Noise, featuring breakout single “You and I,” which has racked up over 30M streams worldwide. Over a few short years, the band has amassed more than 220M cumulative streams, toured with Muse, Fall Out Boy and 30 Seconds To Mars and earned critical acclaim from the likes of the New York Times, Rolling Stone, Alternative Press, and Billboard, and performed on Jimmy Kimmel Live! and Last Call With Carson Daly.
PVRIS tour dates:
9/06 – Los Angeles, CA – El Rey
9/07 – San Francisco, CA – Great American Music Hall
9/10 – Denver, CO – Marquis Theater
9/12 – Minneapolis, MN – Fine Line
9/14 – Chicago, IL – Riot Fest @ Douglas Park
9/15 – Nashville, TN – The Cowan
9/17 – Boston, MA – The Bowery Presents Boston
9/18 – Brooklyn, NY – Music Hall of Williamsburg 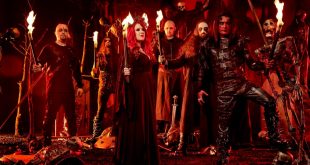