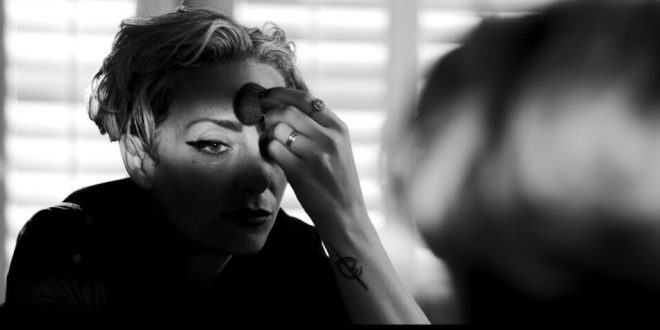 The artist known as BREVI drops her first ever music video today, entitled “No Guns”. Although this is BREVI‘s first music video, this is by far not her first musical project. BREVI is a veteran in the urban and hip-hop music scene in Los Angeles. Having worked alongside the likes of DJ Muggs, Cypress Hill, 50 Cent, Xzibit and many other notable artists, BREVI has made a name for herself as an elite and gifted writer, lyricist, vocalist and rapper.

BREVI‘s song “No Guns” talks about her experiences working within the tumultuous music business and is directed towards the many shady characters that have crossed her path throughout the years. The introduction to this video features a song off the recent Serial Killiers album (featuring Demrick, Xzibit and B-Real) titled “Fruit Punch” in which BREVI sings the hook.
BREVI came together with long-time friend and producer Javie Lopez who produced the record. BREVI also enlisted Richard “Segal” Huredia (famous mixing engineer who has worked alongside DR. Dre, Eminem, Snoop Dogg, and more) to mix the record. Jovan “Jovie” Thomas worked alongside BREVI as the music video director and producer to bring the film noir concept to life.
Watch NO GUNS music video here: https://www.youtube.com/watch?v=J-XcLnYEf7I
For More Information on BREVI:
https://www.instagram.com/breviwood https://www.facebook.com/BreviMusic/ https://open.spotify.com/artist/5Tvhc…

NewYork Based Photographer. Music Enthusiast with a background in Graphic Design. Whether I'm shooting a live event or just out wondering the streets its about capturing the moment.
Previous Slayer Pulled As Primary Sponsor Of Rick Ware Racing’s Entry No. 54 Car At This Weekend’s Bristol Motor Speedway
Next Gallery: Killswitch Engage at The Space In Las Vegas, NV 08/13/19