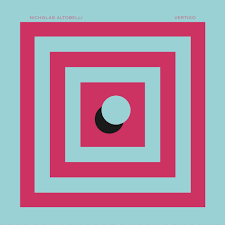 A fragile guitar melody wisps out of the silence only to be followed by the near-whisper of Nicholas Altobelli, whose voice was tailor-made for the exquisite ballad that is “Midnight Songs.” “Midnight Songs” is about as soft and gentle a song as they come, but while its captivating colors and subtle melancholy are breathtaking to say the least, they embody only a fraction of the charm that Altobelli’s follow-up to the 2016 compilation Folklore, Vertigo, contains in spades. He doesn’t hold anything back from us in any of its eleven toned tracks, this one included, and although I’ve come to expect a lot out of this artist’s output, what he’s put together in this latest release is unquestionably some of the most accessible and disarming material that he’s ever attached his name to.

There’s a lot of unfiltered emotionality most everywhere we look in Vertigo, from the humble sway of “Tell Me What I Got to Do” to the folk-rocking piano melodies of “Red, White, And Blues,” and more often than not, it’s rooted in the instrumental fabric of these songs rather than the content of their lyrics alone. Don’t get me wrong – the pure poetry of “Odd Numbers,” “Go to Sleep,” “Look out the Window” and the glistening “Runaway Trains” is quite erudite, but without the rich tonality of the music in the background, I’m not sure that it would be nearly as affective as it ultimately is in this current state. Everything meshes really well here, and the diversity of the tracklist definitely makes it easier for fans of every taste to get into the music.

In songs like “Thunderstorms,” “Everybody Knows the Truth” and the instrumental closer “Trains,” the melodic undertow expresses so much more to us than words alone ever could, and while Altobelli made just as provocative an album in Mesocyclone as he did here, there’s something wholly different about the stylization of this piece that goes well beyond the realm of cosmetics. The mix makes it impossible for us to get through Vertigo without feeling every bit of the physicality and commanding passion in Altobelli’s play, and even when he’s toying with formulaic song structures, he’s incorporating enough of an experimental influence to separate himself from his mainstream contemporaries by a mile or more.

If you were hoping for a colossus of an album in Nicholas Altobelli’s new record, then you’re going to be quite pleased with what you discover in Vertigo and its eleven joyously experimental compositions. In the last six years, this singer/songwriter has made some really moving music, but I think that most of it pales in comparison to the impactful nature of tracks like “Runaway Trains” and “Go to Sleep,” which elevate Altobelli’s status from a mere standout among Texas alternative poets to a legitimate powerhouse on the national level. He’s come a long way in a relatively short amount of time, and at the rate he’s going now, it’s difficult to imagine the momentum that he has behind his career slowing down as the 2020s come into focus. The bottom line? Vertigo should be regarded as required listening for audiophiles everywhere this summer.