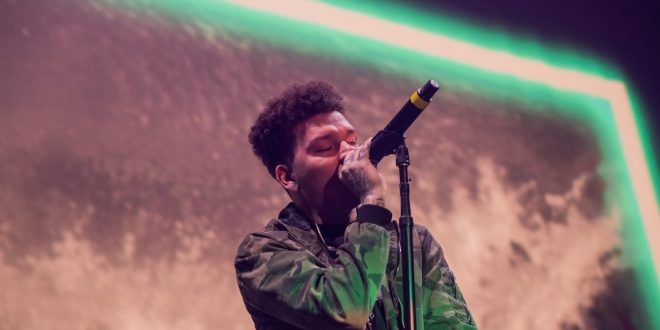 Phora debuts music video for “Blame On Me”

Fast-rising hip hop phenomenon Phora has released his brand new video for “Blame On Me” watch the visual below, which is quickly adding to his over 325 million YouTube streams. The track, which was produced by Scott Storch and was chosen for Spotify’s New Music Friday, appears on his recently released album Bury Me With Dead Roses, Phora’s first independent release and his third full-length studio album.

“From the first minute I heard the final mix of ‘Blame On Me,’ I wanted to shoot the video in Santorini,” says Phora. “My manager called me crazy, but I had a vision and wanted to share it. The scenic backdrop is perfect for the song and its narrative about rekindling a lost love.”

Kicking off in San Francisco on September 10th, Phora will embark on an intimate, exclusive run of coast-to-coast live shows which sold out in minutes, making stops in Los Angeles, San Diego, Dallas, Denver, and Brooklyn before wrapping in Chicago on September 22nd. Full routing below.

Fueled by a perspective shift after nearly losing his life in a stabbing and two separate shootings, the 24-year-old multi-talented, west coast hip-hop artist Phora has made a name for himself by creating positivity from his pain and putting human connection at the forefront of his art. Receiving praise from New York Times, Billboard, Los Angeles Times, and more, Phora draws from his life experiences to blend vivid storytelling and a motivational spirit with deeply personal themes touching on love, loss, happiness, grief and mental health struggles. Bury Me With Dead Roses features appearances from Universal Latin recording artists Ecko and Mariah (“Te Necesito”) and production from the Yours Truly Records stalwarts Anthro Beats and Native.