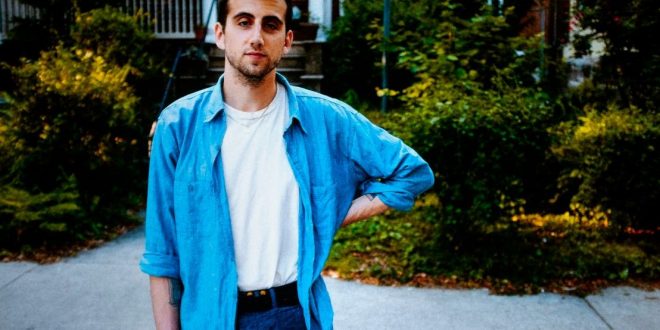 Joseph D’Agostino, the lead singer/songwriter of Cymbals Eat Guitars, has announced a new project called Empty Country. Along with the announcement he has shared the new track “Ultrasound” as well as the B-Side “Jets”. Both songs premiered yesterday on KEXP.

When talking about the track “Ultrasound” Joe says, “My sister-in-law Robin was diagnosed with stage 4 breast cancer in the summer of 2015. She is now NED (No Evidence of Disease!) and has been for more than three years. But whenever my wife Rachel goes in for her biannual examination and has imaging done, we are always pretty on-edge, to say the least. This song is about a bleak and scary week in January 2018 while we were waiting on a biopsy report following a suspicious-looking ultrasound. It features two of my heroes: Rachel on the high harmony and Charles Bissell of The Wrens on the low harmony.”

As for “Jets” Dagostino says,“It’s about tripping acid on Block Island in the summer of 2018, and about the end of civilized society. FDT!”