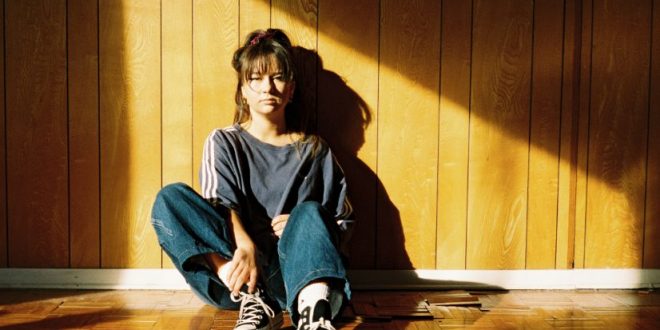 Having grown up in the sleepy town of Brisbane, Australia, Mallrat finds beauty in the mundane. With refreshingly honest observations of day-to-day life layered over saccharine melodies, there’s a slow-burning restlessness in her sound that is impossible to ignore.

Today, she debuts her stirring new song and accompanying video, “Charlie” via Paper Magazine and announces her forthcoming EP, Driving Music out September 6, 2019.

Named after her golden labrador, Charlie, Mallrat’s wistful vocals are delicately stacked against shimmering textures of pop. Shot on 8mm film, the nostalgic video is a perfect accompaniment to the track and features a cameo by Charlie himself.

The “Driving Music” EP is a departure from her sun-dappled pop heard on her 2018 EP, “In The Sky.” The new release sees Grace experiment with a more melancholic side of pop, while opening up about her family and experiences in her life. From the slow moving ballad, “Stay,” and glitchy pop veneer of “When I Get My Braces Off” and it’s scarily relatable lyrics that read like they could have been pulled straight from the pages of your 16 year old self’s diary, Shaw seeks to make sense of all the wonderfully confusing feelings that come with growing up.

The 20-year old Australian artist has a penchant for writing sticky melodies that you just can’t shake. Her songs that nestle comfortably between pop and indie hip hop has garnered attention from the likes of NY Times, Stereogum and more, including NPR- who said that the only downside to listening to her track, “Better” is that “your heart may actually explode with happiness.” PAPER Magazine recently named her in their “100 Women Revolutionizing Pop”. After making it onto Best of 2018 lists by The FADER, Billboard, NOISEY, and Triple J, Teen Vogue deemed her one of “16 Young Musicians You Need to Be Listening to In 2019.”

Mallrat will also be touring with friend and collaborator, Allday this Fall. The two first teamed up for Allday’s track, “Baby Spiders,” and then reunited last summer for Mallrat’s single “UFO.” The tour will begin in Australia this August and continue to North America starting September 19th.