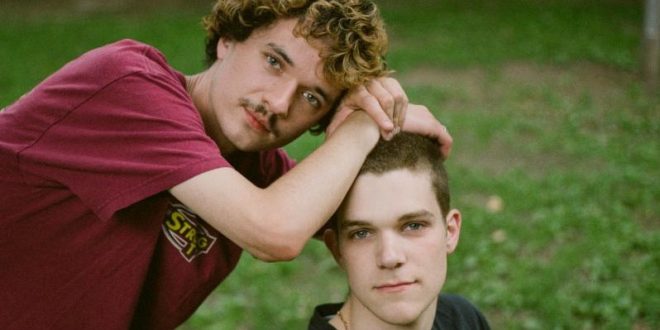 Today, West Philadelphia based band Joy Again have released their new EP Piano on Honeymoon. To celebrate the release of Piano, Joy Again has announced they’ll play headline shows in Los Angeles on Sunday, September 8 at The Echo and in New York on Friday, September 13 at Market Hotel.

Joy Again, a collaborative project that has served as a coming-of-age musical outlet for the twenty-two-year-old songwriters Arthur Shea and Sachi DiSerafino, is outstretched by bandmates, bassist Blaise O’Brien, drummer Will Butera, and keyboardist Zachary Tyndall, are the kind of artists that make wiggly, amorphous, starry-eyed indie pop with a ticklishly cynical, wry sense of humor. The kind that inspires lore and bootleg CD singles and an air of mythic mystery. On Piano, which is produced by Caleb Laven with a little help from Matthew Tavarez of BADBADNOTGOOD and BJ Burton on “I’m Your Dog,” Joy Again bring together their array of influences including experimental pop, indie rock, shoegaze, lo-fi, country.

Over the past few years, Joy Again has sprinkled a smattering of infectious EPs and singles, and in spring 2018 released 30 tracks they’d recorded from 2014-2015 which they titled Forever. Joy Again, which Sachi and Arthur refer to as more of a collective than a band, has since toured with everyone from Rostam to JPEGMAFIA and is featured on Blonded Radio. Recently fresh off an entirely sold-out tour with Wallows, these boys are no doubt bringing their fresh take on pop music to the masses.