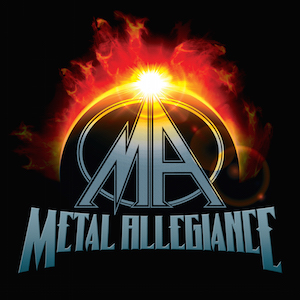 Metal Allegiance are proud to announce they are brining their special Black Sabbath tribute performance to Chicago at the Bottom Lounge on Thursday, October 31st. This will mark the second Halloween where the band has performed SABBATH‘s iconic debut album as they premiered the memorable set last year in Brooklyn. They will also play original Metal Allegiance songs from the bands two albums as they are continuing their celebration of their 5 year anniversary as a band.

The night presented by Murder In The Front Row will feature core members – Mark Menghi and Alex Skolnick with Bobby Blitz (Over Kill) as well as Metal Allegiance new-comer, Brann Dailor from Grammy wining Mastodon who is making his Metal Allegiance debut on drums. Direct support for the show is none other than Crobot with Weapons Of Anew and Metalfier as the opening acts!

For the Chicago show, fans will be able to purchase upgraded vip packages. Below is a list of items included which can be purchased now at:  metalallegiance.bigcartel.com/product/vip-meet-greet-october-31st-chicago

General tickets for the show are available will be available for purchase on Friday, August 2nd at 10AM local time. Buy your tickets here: www.ticketweb.com/event/metal-allegiance-crobot-weapons-of-bottom-lounge-tickets/9704255

NewYork Based Photographer. Music Enthusiast with a background in Graphic Design. Whether I'm shooting a live event or just out wondering the streets its about capturing the moment.
Previous Damn Your Eyes Releases Debut Full Length, “Kill The Outside,”
Next Carnifex Release 7th Studio Album World War X