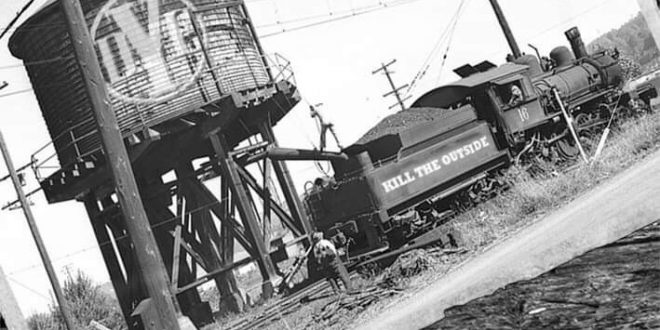 Damn Your Eyes Releases Debut Full Length, “Kill The Outside,”

New York based heavy metal band Damn Your Eyes‘ have debuted their full length, Kill The Outside, is available today and the band’s video for the track “Through it All” premiered today via Outburn Magazine.

Kill The Outside showcases a mixture of styles, making for a truly dynamic and emotive collection of tracks. In addition to the metal radio-ready “Ascension”, mellow head-bobbers like “Burn” echo grunge and stoner metal influences, while standout track “Low Road” kicks off with a Type O Negative-esque intro riff before quickly transitioning to full-on antagonistic southern groove metal. Slow and low, grooving “Dirty Viper” tells the intense and personal story of a friend who committed suicide by heroin overdose. Tracks like “Punk Fuck” kick it up a notch, while another standout track, the heartfelt “Slower”, brings the tempo down while telling the opposite story of “Dirty Viper” – an uplifting tale of wonderful results after making the decision to change oneself.

DAMN YOUR EYES may seem new to the scene, but they are anything but green. The band – formed by former members of We Are The Enemy and Bonesmith, plus a current member of Black Water Rising – came together in 2015 and immediately hit the ground running. As respected musicians in their local scene with extensive recording experience, the band quickly recorded an EP, released it to local acclaim, and rapidly returned to the studio to record Kill The Outside.

NewYork Based Photographer. Music Enthusiast with a background in Graphic Design. Whether I'm shooting a live event or just out wondering the streets its about capturing the moment.
Previous Local NYC Shredders Slashers Debut Full Length Album And Animated Video
Next Metal Allegiance Announce Their Black Sabbath Halloween Show At The Bottom Lounge In Chicago