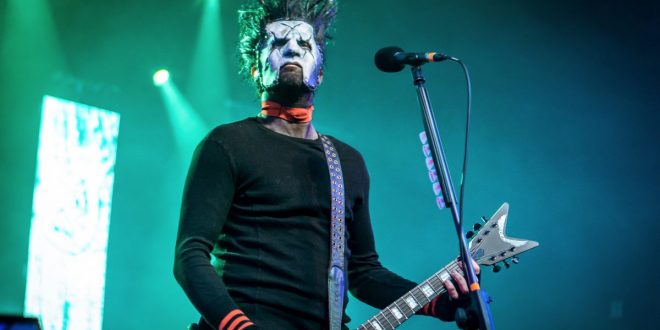 8
SHARES
FacebookTwitter
Static-X and Devildriver are continuing their onslaught of North America this fall with a second leg of the massively successful Wisconsin Death Trip 20th Anniversary tour! With several sold out shows from the first leg under their belts, Static-X and Devildriveer will once again be joined by support acts Dope, Wednesday 13 and Raven Black, kicking off the second leg on November 8 in Austin, TX.
The full line-up will tour through December 8. Then, from December 9-18, STATIC-X will headline solo shows in the Pacific Northwest with Wednesday 13 as direct support.
Tickets are available now via individual venues and their websites. Additionally, North American meet & greets are available now via www.static-x.org. See below for a full listing of tour dates. 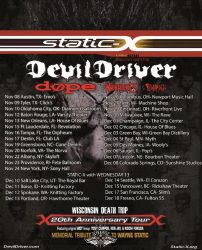 NewYork Based Photographer. Music Enthusiast with a background in Graphic Design. Whether I'm shooting a live event or just out wondering the streets its about capturing the moment.
Previous Watch Of Monsters and Men perform two new songs on “Jimmy Kimmel Live!”
Next BMG & Motörhead Embark on Exciting Legacy Journey Collectors Boxset