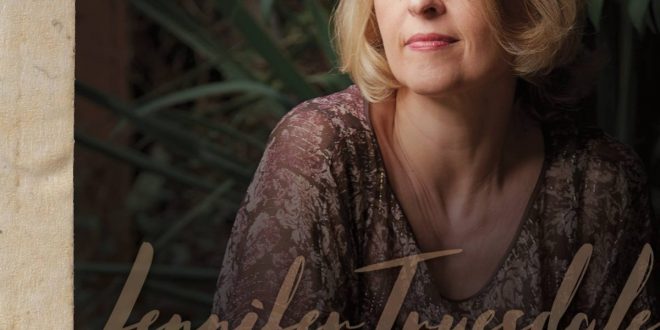 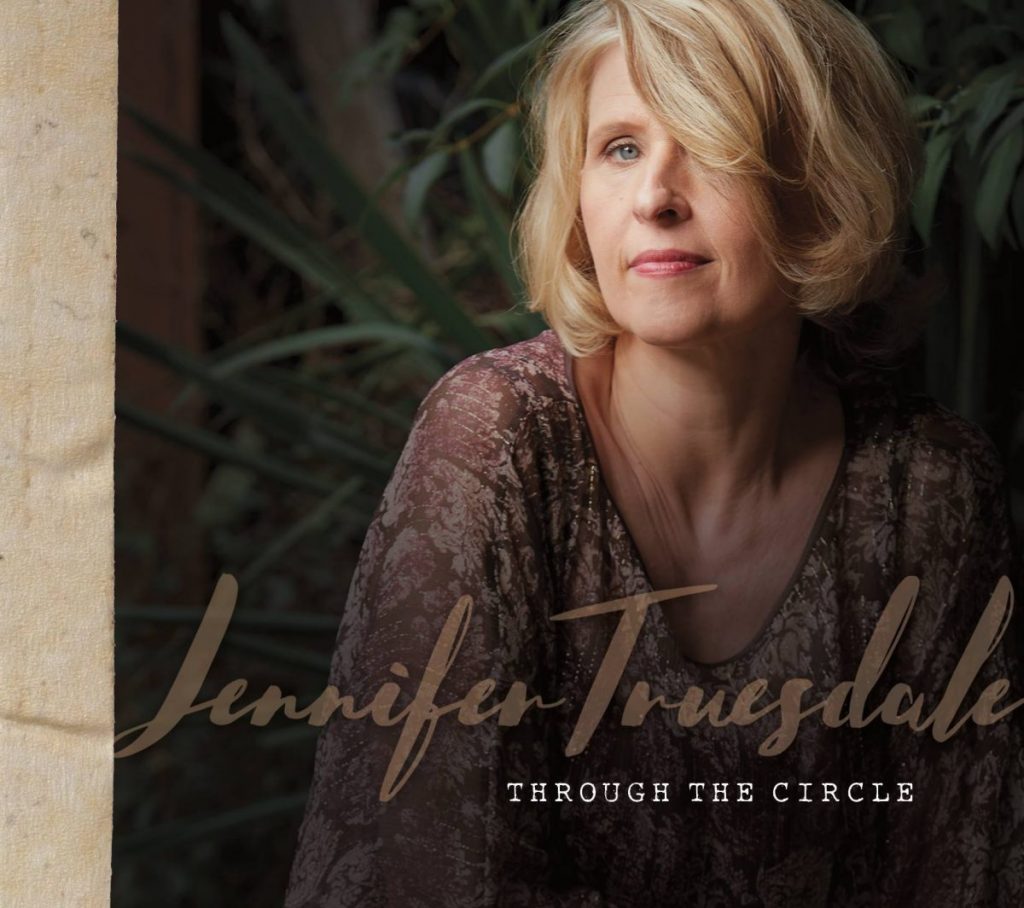 Through the Circle is the latest album from vocalist and songwriter Jennifer Truesdale and signals a high water mark in a career that has seen her produce some of the most meaningful recordings in American music today. The obvious artistry defining the ten tracks included on this release doesn’t strain to make an impact on listeners – instead, Truesdale and a stellar supporting cast of musicians play with easy and loose confidence coming across in every song. The album includes two covers – one of John Fogerty’s “Have You Ever Seen the Rain?” and Stephen Stills’ “Love the One You’re With”, but Truesdale never produces slavish copies of the originals instead opting to re-envision the tracks through her own experiences. She claims a piece of these respective tracks as her own.

You could scarcely begin the album on a better note than Truesdale does with “I Need You Tonight”. Blues is an important part of what makes this album successful, though far from the only element, but horns are often a key part of her take on the blues – evidenced by their presence opening this first song. Good guitar playing is another important part of Through the Circle and manifests itself in various ways throughout the course of the album’s ten tracks. The chorus of this opener is a highlight, but the near barroom piano running through the song is another peak moment during the song.

“Daydreaming” is another great blues influenced tune, though cast in a very different light. This is a true barroom blues, not the bucket of blood variety but, instead, a playful invocation of that style. Much of that playfulness comes from the vocal, but Truesdale never exaggerates that aspect of the performance and her restraint strengthens the song overall. “Have You Ever Seen the Rain?”, as mentioned earlier, reinvents the classic as a slow and deliberate ballad with what many will believe is the album’s best vocal. Her respect for the song is obvious, but so is her daring – it takes considerable bravery to tackle such a well known tune and be determined to give it a spin all your own.

“Sunrise” has a light jazzy vibe and definite torch song influences –  but instead of wallowing in melodrama, Truesdale’s vocal really brings out genuine drama from the song and never succumbs to the overwrought histrionics we often hear from lesser performers taking on this style. “We Will Not Be Forgotten” is one of the finest tracks on the release – this is outright gospel, uninhibited and carried off with considerable panache, while also incorporating recordings related to the Civil Rights Movement and Martin Luther King Jr.  to further establish the song’s subject matter and spirit.

“Moving Mountains” is one of the more interesting songs included on Through the Circle. It is nominally a ballad, but quite unlike the customary effort you’d hear of this sort. It never spells anything out per se – instead, the percussion ladens the track with nuance quite unlike anything you will hear from mainstream artists and the lyrics are among the album’s finest. Her cover of Stephen Stills’ “Love the One You’re With” is an energetic romp with a thoroughly modern sound and includes horns, a notable difference from the original. It is another of the best moments on the release and has a great sweep further strengthened by Truesdale’s vocal. Through the Circle sparkles with intelligence and musical skill from the first song to the last.

Previous Gallery: Papa Roach at South Side Ballroom in Dallas, TX 07.27.19
Next Introducing: Merit – pop punk band with their own video game