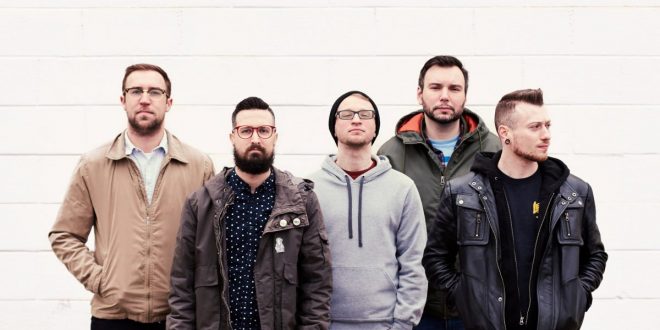 Introducing: Merit – pop punk band with their own video game

Hailing from Lansdale, PA, Merit already has a seal of approval from members of The Wonder Years and Thursday. The band’s new EP, Living with the Low (released on 7/26) was recorded/produced by Matt Brasch, mixed by Nick Steinborn, and mastered by Bill Henderson.

We sent Mike Dougherty some questions about the band, read through what he had to say below

Stream Living with the Low HERE.

How would you describe your sound in detail if talking to someone who has never heard your music?

Heavier pop-punk for the disheartened. Post break up anthems and self loathing at its finest with the addition of catchy choruses and heavy breakdowns. For fans of Set Your Goals, A Day to Remember, & Four Year Strong.

How Merit come together? Who were the first members?

Merit is our lead guitarist’s baby. He started it all with a few demos that got the attention of our drummer, Nick. I got word that this project needed a singer from my roommate who was friends with Nate, and we filled in the rest of the members from there.

Well I’d say last weekend, at our beer release and record release shows, were probably our best shows to date. A lot of people and a lot of fun!

What does it take for a band to stand out in a music environment like PA?

Bring the heavy haha. Our neck of the woods, Lansdale, has always been a big hub for punk and hardcore. Not like we don’t have a great mix of genres in the Lansdale scene, cause we do, but our HxC and pop-punk scene definitely stands out here.

A lot of energy! I usually get in the crowds face and jump around a lot like an idiot. I love how our new record sounds, but I think our live performance is a whole other experience.

Who writes the songs for the band, is it a collaborative effort?

Nate demos out the instrumentation, sends it to me for vocals, then we all collab at practice, and add our own personal touches to the songs.

A lot more touring. We are also coming out with a side scrolling video game (available as an app) entitled “Super Merit Bros”. A record, with 8-bit renditions of our songs, will be released alongside with the game.

If you could tour with any artist who would it be?

Idk. Personally… any of the Gainesville bands like Less Than Jake, Hot Water Music, or Against Me!… I know our genres are a little different, but they’re some of my favorite bands. Would just be cool getting to know them and play alongside them!

What is one thing you’ve learned in the last year that you wish you knew when you started out?

The importance of advertising. Man that stuff’s crazy… publicist, playlists, reviews, interviews… my dumb ass thought if you just put a record out it’d generate its own heat… It. Does. Not. Haha. So a great lesson learned this year, very thankful for it!

Who is the most influential artist to you personally?

An old local band called “Bangarang”. Lansdale heavy pop-punk at its finest! They did a split with The Wonder Years when they were just starting out. Members of Bangarang went on to play in bands like Man Overboard & Daylight/Superheaven. As much as I appreciate those bands, nothing comes close to how much Bangarang influenced my life.