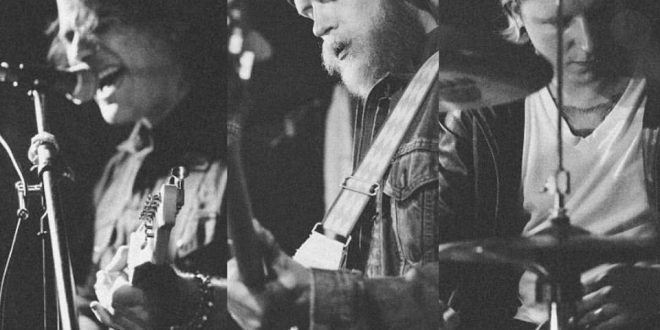 Lost Puppy is a Los Angeles outfit comprising singer-guitarist Steve Cherkassky, bassist Philip Nielsen and drummer Carl Ribaux. Following the release of their 2017 debut album, Wash Your Hands Before You Steal My Heart, the trio has continued refining their distinctive, accessible brand of indie rock. Today, the band is premiering the new video for “Well Sedated,” their latest single.

The video highlights a visual representation of Lost Puppy’s identity, which Cherkassky calls “rock n’ roll for the vulnerable.” As such, the tones of classic indie, emo, and power pop are aptly reflected in its vivid color palette as well as its bittersweet thematic pacing. The band is working to further expand these elements in future material, slated for release later this summer.

For more on Lost Puppy:

I come from a family who is passionate about all things music. I learned to sing at an early age, and by 13, had my very own Fender Strat guitar. I tried my hardest at learning all that I could. Because I was born with cerebral palsy, I had to teach myself an adaptive playing style. I learned to write and record my own music, despite these difficulties. In college, I started making great use of my writing abilities by reviewing music, as well as copy editing. I guess it's best to stick with what you know, while welcoming a fair challenge at the same time.
Previous Review: Caitlin Nicole “Differently Abled Man”
Next Video Premiere: Across The Board “Wild Ones”