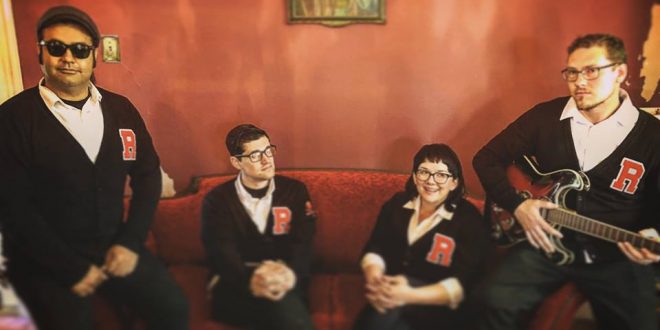 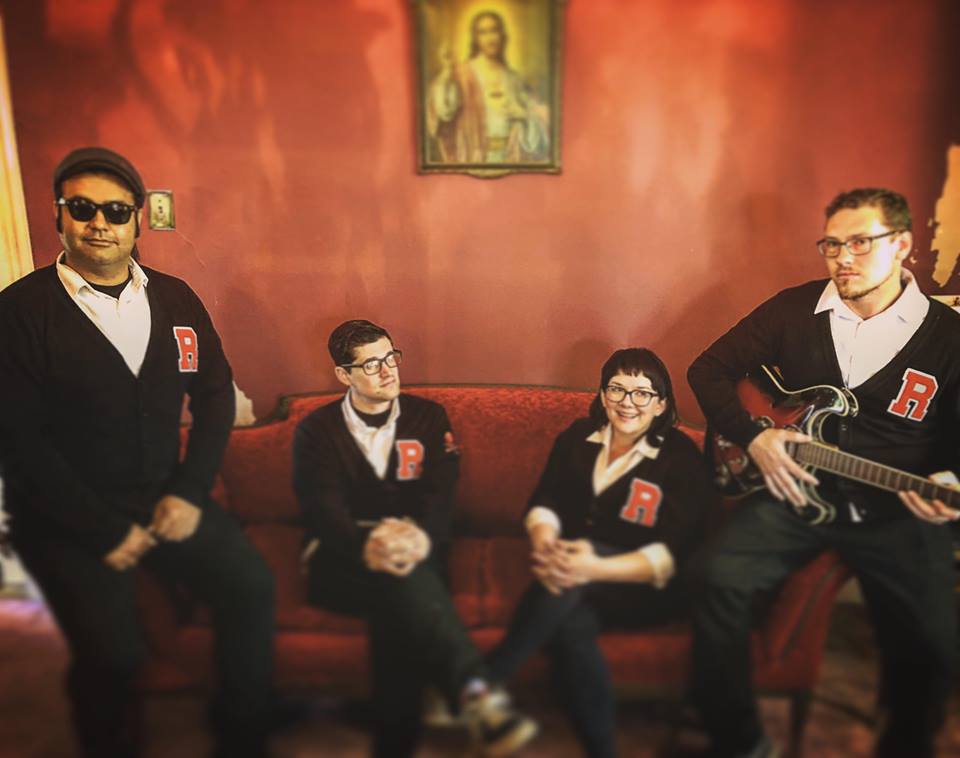 A little Q&A with the punk band who is anything but a BuzzKILL.
The Radio Buzzkills Takeover:

In the Trump era and in the days of computer based music cultivation , the world needs punk rock  more than ever. It’s accessible, a kid can pick up a guitar or bass and teach herself to play something that’s full of emotive expression.  No need for a Berkeley education, no 3000 dollar Mac book whatever.  There are too many melodies and four chord masterpieces that are going unsung.  We play the Ramones side of punk rock that is full of fun and heartbreak and dancing. That’s why we live punk rock.

What’s the best part about being on the road?

The people. Punk Rock is more like taking visits to a a network of friends as opposed  to going from show to show. When we come to a city we look forward to seeing old friends and making new friends then bringing a half hour of pure Gutter Pop that makes everyone dance and smile. Punk rock is a small world in the best way possible.

Friends before the band, or just met as musicians?

Bass amp and Zac have known each other since they both set out on the punk rock scene at the age of 17. Gene is a long time family friend of a friend. Jenny met the rest of the band about three years ago when the band came through Chicago. Jenny then started filling in for the Buzzkills on recordings in 2017, she moved to St.Louis and became a permanent member, plus she’s married to Zac.

Tell us the story behind your latest release

Get Lost is a ten song concept album about getting lost in all the wrong types of relationships. That’s right, and independent pop-punk concept album! We hyperbolize most of the romantic situations but the heart of the song is usually pretty relatable.  We have a song called “She Hails Satan” for example. It’s about an innocent Christian boy who falls head over heels for a Satanist.   Maybe it hasn’t been to that extreme, but haven’t we all fallen head of heels for someone with zero common interests?

How do you think fans are reacting to your new music?

People seem to have fun with the record. Everyone seems to have a different favorite song.

What’s the last show you bought tickets to see?

Jesus, we would settle all the world’s bullshit backstage.

Any upcoming surprises for your fans?

This fall you can check out a new vinyl release of Get Lost from the fine people at Outloud Records.