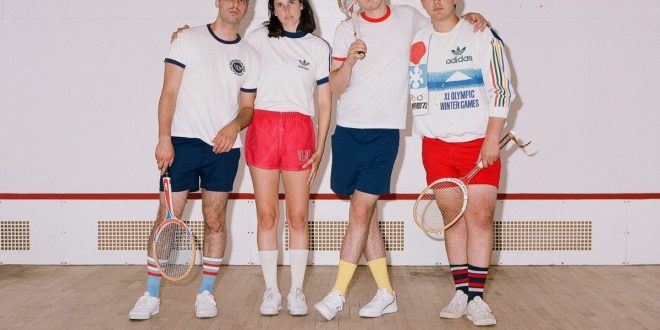 Canada’s got quite the Indie scene booming underground recently with cites like Toronto, Vancouver and Montreal thriving on local, homegrown talent to feed their industries. Check out some budding Indie acts below who have found successes both online and on prominent tours across North America.

The band Valley might have one of the most fate inducing origin stories known to the music industry. Brought together by an accidental double booking of a recording studio, the two groups decided to band together to form one of Canada’s newest and most exciting indie pop sensations. The mighty success of their 2016 debut EP This Room Is White, garnered over 10 million streams and launched the band into indie world success. Their latest release Maybe, will be considered their full-length debut which has been released in sections to allow the songs to breathe. Having just come off a very successful tour with fellow Canadian popstar Lennon Stella, the band will head out back on the road with The Band Camino for a North American tour this fall. Check out Valley if you’re a fan of The 1975, CHURCHES or HAIM.

Dizzy has to be one of the most wholesome bands on this list, with lead singer Katie Munshaw’s soft and eclectic vocals turning even the most disheartening breakup songs into something beautiful. The band, who comes from the small town of Oshawa, Ontario used their secluded upbringing as inspiration for their music. The group is comprised of three brothers; Alex, Charlie and Mackenzie Spencer, and their neighbour Katie. They garnered much attention when their 2018 debut album Baby Teeth won the band Best Alternative Album at the 2019 Juno Awards. Their latest release, Heavy/Twist is an unconventional EP intended to ease fans while they retreat away to work on their sophomore album. Check out Dizzy if you’re into Milk & Bone, Benji Lewis or Handsome Ghost.

Reuben and the Dark

Western Canada is getting some representation here with Calgary’s own Reuben and the Dark. Fronted by singer Reuben Bullock, the band has multiple singers who share responsibilities throughout the group. The band’s acoustic roots give them the indie/folk title on this list and their soothing and melodic harmonies can be heard on tracks like “Rolling Stone”and “Hold Me Like A Fire”. Signed to one of Canada’s premier indie labels, Arts & Crafts, Reuben and the Dark have since released two albums and have famously covered The Tragically Hip’s, “Bobcaygeon”. Check out Reuben and the Dark if you’re into Fleet Foxes, Dan Mangan or Hey Rosetta!

Relatively new and unknown indie/alternative artist Ruby Waters has been making quite the splash recently in Toronto’s unground music scene. Her signature raspy vocals, yet impressive vocal range can be reminiscent back to Janis Joplin in the 1960’s, yet her vibe is completely different. You can hear influences in Ruby’s music from multiple genres including; Folk, Indie Rock, Alternative Rock, R&B and even 90’s Hip Hop. Confusing yes, but she makes it work. With currently only three singles on Spotify, fans only option to hear more would be to see her live. Ruby Waters will be touring this fall with City and Colour and is expected to release new music soon.  Check out Ruby Waters if you’re into Ocean Alley, Allan Rayman or Ben Rogers.

Lost Cousins have been touring the Southern Ontario circuit for a while now. They gathered their fanbase by doing shows in common university towns, where they were able to develop their sound while also attracting fans. Their sound hails influence from the worlds of psychedelic rock, alternative rock and indie pop. The band’s latest release In Scenery, explores the world of transient times throughout life and the tough decisions associated with it. Check Out Lost Cousins if you’re into Tame Impala, Taylor Knox or Said The Whale.