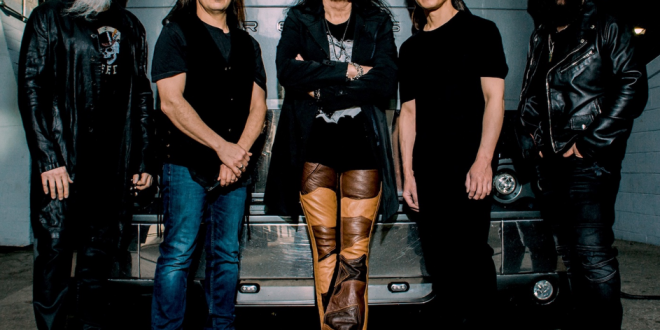 Two-time Grammy-nominated and millions-selling progressive music titans Dream Theater are currently in the middle of a successful European tour. With three weeks left on that run, the band is turning its attention back to North America with the announcement of the next leg of the acclaimed The Distance Over Time Tour – Celebrating 20 Years of Scenes From A Memory. The next leg of the tour will kick off at the end of September and run through mid-November. The 27-date trek will see the band making stops in Louisville, KY; Cleveland, OH; Baltimore, MD; Long Island, NY; and San Jose, CA to name a few. Information on tickets for all upcoming shows as well as VIP packages can be found at www.dreamtheater.net.

NewYork Based Photographer. Music Enthusiast with a background in Graphic Design. Whether I'm shooting a live event or just out wondering the streets its about capturing the moment.
Previous Puddle of Mudd announce new album, Welcome to Galvania
Next Angelo Rose To Release New Album Proceeding Haiti Humanitarian Efforts And St. Damien Pediatric Hospital