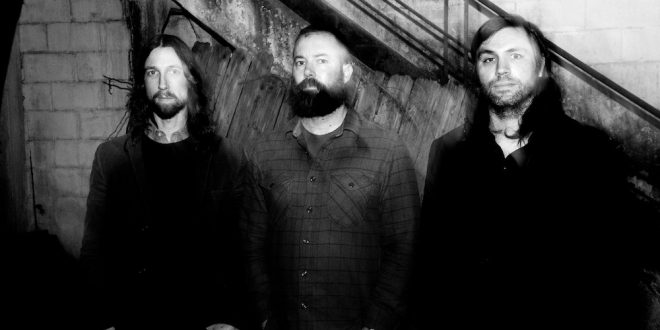 With the steady reveal of their forthcoming album Blood Year, Russian Circles continue to remind the world why they have reigned as one of post-rock’s most stalwart forces. Their latest single, “Kohokia,” finds the trio in one of their most exploratory modes, capturing Slint-esque negative space in one moment, and blizzards of ashen metal in the next.

“Kohokia” is the final glimpse into Russian Circles’ forthcoming Blood Year, due out in just a few weeks. Serving as a reminder of their dominion over the metal and rock worlds, Blood Year retains the dexterity, technique, and drama that Russian Circles have become synonymous with, fully embracing the most forceful facets of the trio’s repertoire. Capturing the lightning-in-a-bottle verve of their live storied shows, Blood Year thrives with its organic feel and rampant energy. Showcasing Brian Cook’s grinding bass lines, Mike Sullivan’s deep-diving guitar leads, and Dave Turncrantz’s pounding rack and floor toms, Blood Year finds Russian Circles in the midst of pushing past their already astronomical limits of timbre and volume. Completing the formula is Kurt Ballou’s engineering prowess and Steve Albini’s world-famous wonderland Electrical Audio.

Blood Year will be released via Sargent House on August 2 and Russian Circles will be on tour in North America this September, October and November in support of it. FACS and Windhand will appear on select dates — check out a full itinerary below.