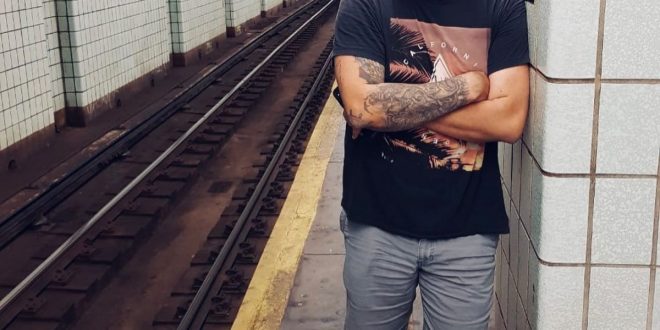 Mariano Torrez, based out of Pittsburgh, Pennsylvania, has been playing guitar for others for over ten years.

He creates music under the title of MOSTLY EMPTY; a name that came at a time where the artist felt he had not much left to give and was willing to put it all out there to freely express himself.

Currently working on his upcoming self-produced EP “To My Old Friends”; Mostly Empty has 2 singles available on all digital platforms, “Fake Friends” & “Anxiety”.

Deeply personal experiences have allowed the writer to voice personal feelings through these songs, his songs evoke feelings experienced over multiple stages of his life, ranging from deep anger, doubt, regret, and hopefulness.

Longtime friend, Ignacio “Nacho” Molino, a 5-time Grammy Award-winning recording engineer is credited with mixing. Alongside, mastering engineer and 4-time Grammy nominee, Alex Psaroudakis. Both engineers are based out of Brooklyn, NY.

The EP is expected to be released in the fall of 2019.

Stephen Vicino is the founder of MusicExistence.com. He created this site to give talented musicians a voice and a way to be discovered.
@@svicino
Previous New self-released alternative rock album Key to Then by On Ithenfal’s Wing is out now for download or streaming.
Next Toni Crimine Are Back – The craziest Italian punk band has finally returned