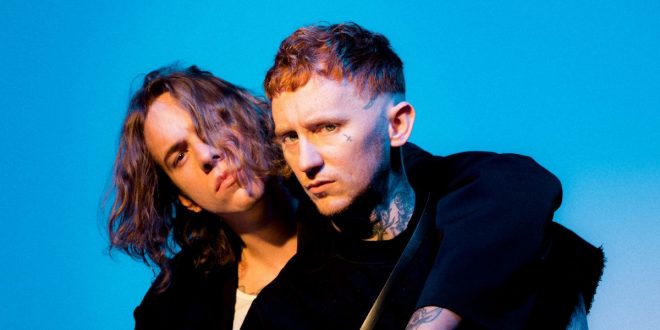 Frank Carter & The Rattlesnakes blew listeners away with their debut album, Blossom, before hitting the UK Top Ten with 2017’s Modern Ruin. For Carter and co-songwriter Dean Richardson, however, it’s always been about the third album, and on End of Suffering, the pair have assembled a lineup of tracks that are at once deeply vulnerable while pulsating with the explosive energy that has earned the band legions of fans worldwide.

“We are honoured to headline the Monster Energy Outbreak Tour. It’s given an integral platform to some genre defining artists like Logic, 21 Savage and Post Malone; and we are very excited to have the opportunity to give some blood, sweat and rock n roll to our fans and the legacy of the Outbreak Tour,” says Carter.

Frank Carter & The Rattlesnakes will be joined on the tour by The Beaches. The girl-next-door garage rock group (who count Sir Elton John among their fans) has spent the last few years blowing away audiences across North America and the UK. With the release of their third EP, The Professional, The Beaches is pumped to bring their edgy, infectious sound to the Outbreak stage.

To further prevent sexual harassment and violence at live music events, Frank Carter & The Rattlesnakes and The Monster Energy Outbreak Tour are proud to team up with Calling All Crows’ Here For The Music campaign. Specifically, their team will provide prevention training to the band, crew, and select fans, advocate for effective and transparent policies on each venue of the tour, and educate attendees on how to promote community safety through outreach. $1 from every ticket sold on this tour will support the Here For The Music Campaign. To learn more about the campaign, click HERE.