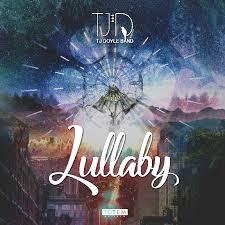 In a confident thrust of the drums, “Lullaby,” the all-new single from TJ Doyle, starts to take shape on the whim of a light string melody. The guitars reverberate into the atmosphere for what feels like an eternity, but the black and white percussion is affording their airy harmonies a bit of much-needed consistency as we slip deeper and deeper into the vortex of emotion forming before us. Doyle starts to sing in his trademark-soft vocal, and in his we’re transported to a peaceful dreamscape that will become impossible for us to escape once the chorus comes into focus. “Lullaby” is a striking ballad with a slightly electrified backend, and for longtime TJ Doyle fans, it more than lives up to the high standard that his material has been known to exceed.

The hook in this track is ultra-surreal, and I would even go as far as to say that this is one of Doyle’s most cerebral songs to date. There’s a spacey feel to this arrangement, but “Lullaby” never devolves into avant-gardism; interestingly enough, the instrumentation embraces the eccentric while the vocal remains tethered to a cut and dry, vintage pop/rock sound. It makes for a psychedelic-tinged duality that I would love to hear Doyle explore a little more in the future, but for the time being, I don’t think there’s an argument to be made against this being his most progressive-minded piece of music to see widespread release.

“Lullaby” reaches its conclusion much in the same way that it comes to life in the first place; in a chilling amalgamation of instrumental textures that collide into one another for a brooding, and genuinely expressive, finale. I hadn’t been following TJ Doyle very closely in the late 2010s, but I have to admit that what he’s doing in this single is a creative quantum leap from where he started in 2009’s One True Thing, which gave us a rather limited sampling of what he’s capable of producing as a solo performer. He’s definitely come into his own here, and furthermore, he’s refined all of the skills that have made his style the juggernaut that it is today.