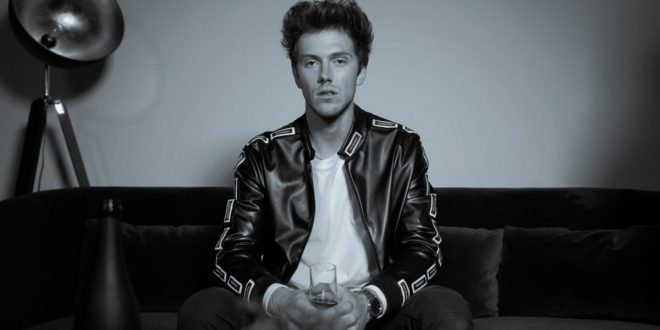 If it wasn’t for a torn shoulder muscle that required extensive surgery, we might not have Sean Iacono‘s debut single “By Your Side.” The pop/R&B artist grew up with dreams of being a pro athlete and never really gave music much of his focus until an injury in college left him with a lot of downtime to think about what path he would take next in life.

“I started posting acapella videos on Instagram that people seemed to enjoy and eventually taught myself how to play guitar via YouTube videos,” says Iacono. “I caught the attention of Sun and Sky Entertainment and after I showed them a few songs I had written they offered me a contract.. I flew to LA and met up with producer Nico Farias and songwriter Thiago Muller and we worked on ‘By Your Side’ off a demo I had recorded.“

The sultry and flirtatious music video for “By Your Side” sees Iacono reminiscing about a past relationship. The track (which has heavy Justin Beiber and The Weeknd vibes) is about being there for someone going through dark times. It evokes emotions of ups and downs and ultimately assurance that things will be okay.

“As an artist I want to be able to share my story and express what I go through in life through my music,” says Iacono. “I want people to be inspired when they hear my voice and resonate with the lyrics. Ultimately, I just want to continually push my boundaries and create good music.“

Listen to “By Your Side” on Spotify.

Tags By Your Side Sean Iacono