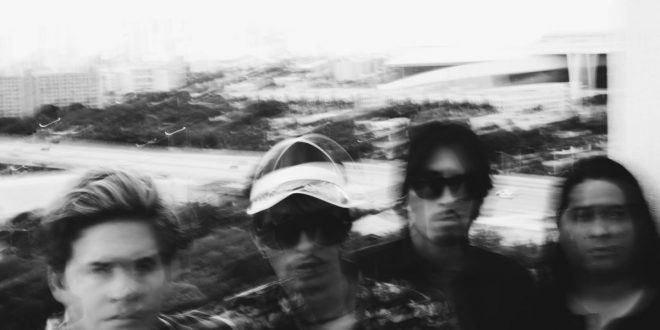 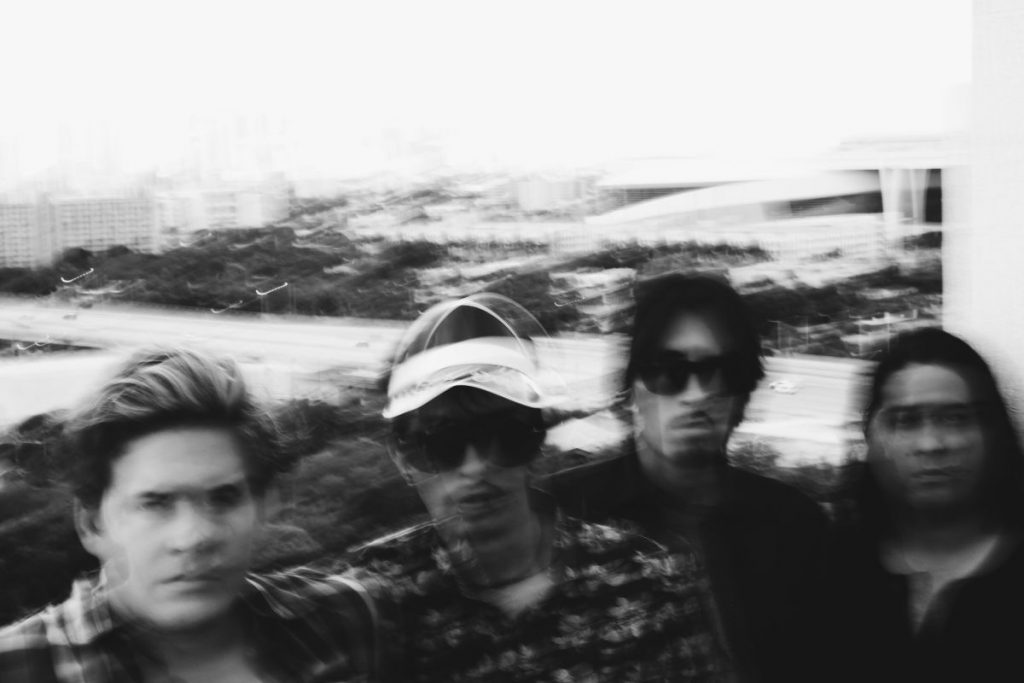 Miami, Florida rockers Analog delivery a fury of percussion and heavy basslines in the thrilling track “Tame” from its album Portable People! Comprised of Albea Camino, Manu Gonzalez, Tekilla23 and Esteban Gomez, Analog smothers in an arsenal of roaring guitar riffs and a relentless parade of killer vocals in the just under four-and-half-minute tune.

It’s an almost immersive song – the listener dives right into a head-bang, or two, or three, and the aggressive tone is remarkably measured. It’s a strong song and the duh-duh-duh-duh reverb chases the listener in the same way John Williams’ terrified listeners with the Jaws’ theme music. The song really picks up with lyrics like “And I’ve been thinking and I’m not dreaming!” The vocals sound a bit like Gorillaz and are delivered in a way fans of the White Stripes,  Nirvana or even The Hives will really dig.

So much of the song relies on the heart and soul of the track – the bass and percussion are outstanding. True, the guitar has a lock of backlash and radio frequency-like mashing, but it’s the bass guitar that really takes the stage. The explosion of sounds is precise because of the bass rhythm and the high top percussion and cymbals. All-in-all, the sound is very modern, with tiny nods to past icons like Nirvana, but unique. This song should stand the time test and not get cornered into one set genre or age of music. Yes, it’s definitely alternative rock music, but “Tame” reaches into a bit of pop (minus melody) and branches into a bit of heavy metal. It’s too dark to be pop; it’s a bit of an angry-emotional song. No, no screaming, but the hardened tones and the frenzied guitar make for an elusive song and one that carries its weight in contemplation. The listener can take a giant leap into the emotional pool to find a connection to the words and the sound – Analog really champions this connection. One would be hard-pressed not to feel the same anger or even hurt as expressed in “Tame.”

The accompanying video for “Tame” is just as thrilling. The female protagonist comes home to find a lover having an affair; as the heart-pumping bass rumbles throughout the song, the visuals are quick cuts and a bound-and-determined female getting revenge not only her cheating lover, but the seductress. Murder and a bonfire ensure. The watcher is not only at the edge of their seat, but their ears are just as intensified from the stunning soundtrack. The colors and the live-action are lush, darker images, with bruising reds and yellows. The video is directed and edited by Andres Monsalve and it’s so good, one has to wonder if the production was stopped by local authorities for its authenticity – it’s a mini movie in itself.

Overall, “Tame” from indie rockers Analog is a phenomenal song. Just killer. The blending of rock with modern twists and heavy percussion is a welcomed sound to current scene. Much of the song’s success stems from its vibe and memorable bass movement – this song really moves.