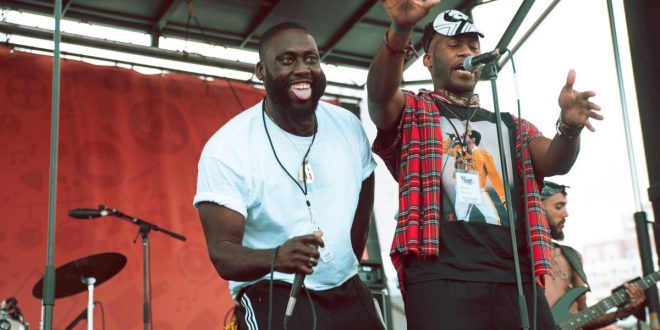 Oxymorrons latest single, “See Stars,” delves into insecurities, struggles and mental health issues in an uplifting way. These guys have been through it all and penned a track that is both refreshingly honest and musically solid.

The New York-based boundary-pushers have made a name for themselves in the spirit of change – building a movement from years of being told they were too rock for hip-hop, too hip-hop for rock. They boldly committed to creating music that defies these arbitrary rules of classification, which cemented the band as early pioneers in this current genre-blending and bending revolution.

Check out some shots of Oxymorrons performing at the Van’s Warped Tour 25thanniversary show in Atlantic City, New Jersey on June 29th.