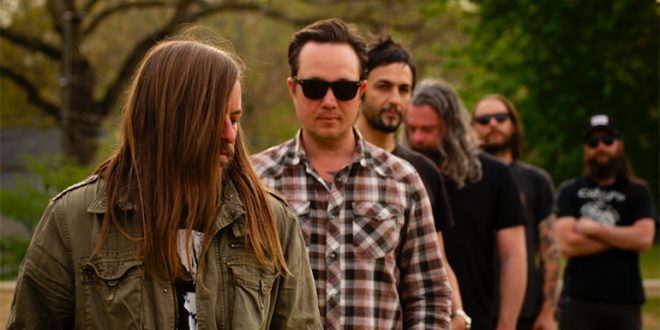 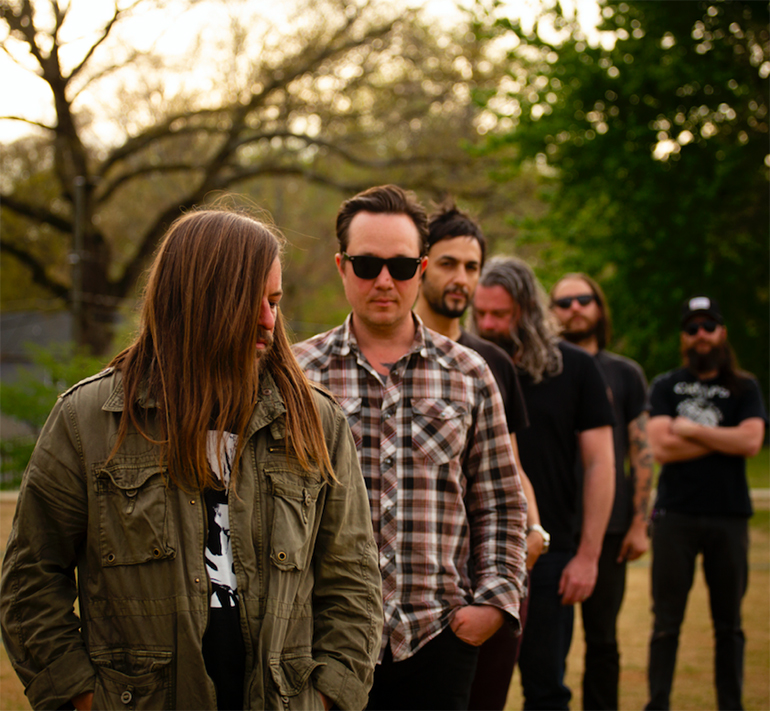 “Ships Off The Coast” is a bruising opening for Holy Beach’s debut release All That Matters Is This Matter. Atlanta, Georgia and surrounding environs has spawned a number of impressive rock acts over the years and Holy Beach makes a strong case with this eight song collection they possess the potential to join that stellar company. Vocalist John Lally exhibits the necessary vocal strength to make himself heard above the band’s relentless rhythm section and three headed guitar attack, but the riffing driving this song is as impressive – if not more so.

“It’s The Fear” doesn’t overwhelm listeners in the same way as the album’s first song. Holy Beach takes a more deliberate approach with this performance and the vocals are subsumed by the wash of the band’s small guitar army. The track, nonetheless, packs the same power, albeit in a different guise, we heard from “Ships Off The Coast” and the rhythm section of drummer Jordan Hershaft and bass player Kevin Faivre lay a strong foundation for the composition.

“Incest in the Herd” flirts with a doom metal guitar sound before the verses hit. The guitars alternate with Lally’s vocals during these passages only to once again riff hard during the instrumental breaks. The lyrics, like many of those on the album, take a dim view of modern life and communicate vast dissatisfaction countless listeners will relate to. It’s a track brimming with attitude and conviction.

The album’s sixth track “The New Colossus” is a steamrolling slog with atmospheric effects-laden vocals. Holy Beach eschews well defined riffs for most of this number opting, instead, for a massed effect dominating much of the track. It has enough variety in the vocal presentation to sustain the attention of experienced listeners but casual fans, as well, will stick with this song. The penultimate tune on All That Matters Is This Matter, “International Graves”, has a near instrumental quality and some will find question what purpose the lengthy introduction serves. It is obvious, to me, Holy Beach is establishing a mood with this decision and it gives the lyrical content added punch when Lally’s voice erupts from the raucous arrangement.

Raucous is a good word for describing the last track “Skull Faced on a Horse”. The same intense, downcast demeanor pervading the other seven songs reaches a zenith of sorts with the final curtain. They pick up the pace and pulverize your senses with a hard-hitting guitar attack and one of the best rhythm section performances on the album; Faivre and Hershaft shine brightest during the song’s enraged second half.

Holy Beach grew out of John Lally’s need for alternate musical avenues. The material included on All That Matters Is This Matter, unsuitable for his shoegaze outfit Sleep Therapy, required a harder approach and he enlisted a number of friends from the burgeoning Southern rock landscape to help him put these songs down. Despite the ad-hoc suggestiveness of their genesis, Holy Beach sounds like a real band – a sonic juggernaut masquerading as a musical unit.