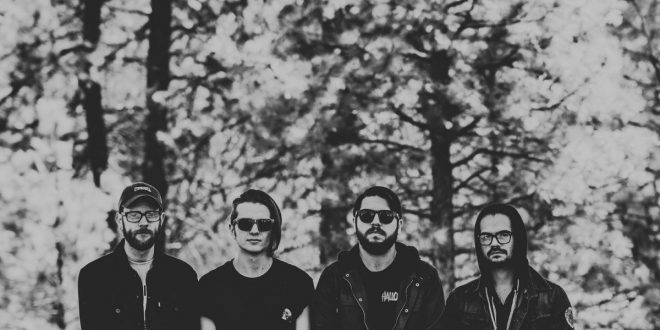 Melodic post-hardcore quartet Ghost Heart has quickly become an outlet for its members to share feelings of loss, regret, frustration, and loneliness. Their immersive new single “Insidious” was recently released, a track about dealing with disappointment in life’s letdowns. The track and video premiered early over at The Noise.

“The song explores the idea of achieving a dream, only to find that it’s not what you thought it would be,” says vocalist Nick Tatosky. “The video bounces back and forth between a waking state and a dream-like state, with the two slowly bleeding into each other until it’s difficult to tell which is real.“

“Insidious” is a fast-paced, gritty track that maintains a wall of melody throughout its 3:54 duration. The track is catapulted by Tatosky’s cathartic lyrics, which are delivered with a devastating blow of emotion and an impressive vocal range.

Listen to “Insidious” on Spotify.

Previous Gizmo Varillas returns with new single “Out Of The Darkness”
Next Gallery: Catfish and the Bottlemen at House of Blues Boston, 6/19/19