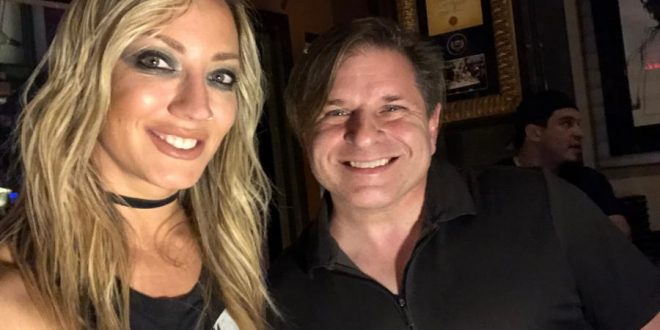 The Pittsburgh-based guitar virtuoso shares his personal photos. The flamenco-rock title track from his debut album, “Passions Collide” is his new single/video.

My goal was to take the listener on a musical journey in this album, allowing him/her to experience singable, haunting melodic lines, while captivating the ear with flamenco sounds”— Brady Novotny

“Nothing short of phenomenally top-notch” – Jamsphere

“A true master of the six string like the guitar gods of old, Brady Novotny hits it out of the park in his new record” – NeuFutur

Hot on the heels of his hometown date opening for fellow virtuoso Paul Gilbert, Pittsburgh guitarist Brady Novotny is officially releasing the title track and video from his critically acclaimed debut album, “Passions Collide,” to radio. The single is the follow-up to his nationally and internationally charting airplay single, “Redemption’s Cry.”

“Passions Collide’ means a colliding of all my favorite styles of music, the main two musical passions being rock and flamenco,” explains Brady. “My goal was to take the listener on a musical journey in this album, allowing him/her to experience singable, haunting melodic lines, while captivating the ear with flamenco sounds and strategically placed virtuosity.”

The video for “Passions Collide” is an Official Selection of the James Bond III Film Festival and a Finalist in the 2019 Lift Off Sessions. Watch the video at https://www.youtube.com/watch?v=rsDSxoqR2vI.

In the meantime, Novotny has opened his personal scrapbook to share some photos of himself and a few of his fellow guitar heroes, Nita Strauss (Alice Cooper), Alex Skolnick (Testament) and Eric Johnson.

ABOUT BRADY NOVOTNY: Pittsburgh native Brady Novotny is no stranger to the stage, or the world of music performance. In fact, as a nationally-touring musician, the guitar virtuoso has been heard by thousands of people. This past Christmas season, Novotny performed to more than 20,000 attendees as a member of the Victory mega-church worship team. He was featured in the April 2019 issue of Guitar Player Magazine.