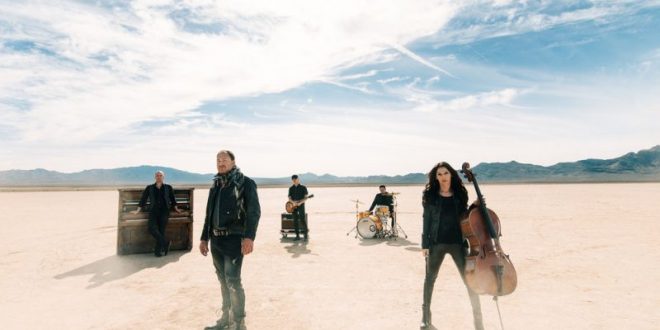 Matthew Browning excels with haunting video for “Underneath The Willow Tree”

As early as toddlerhood, Matthew Browning developed his musical sensibilities through singing and piano. By the 90s, he would earn sizable acclaim collaborating with musicians around Memphis, Tennessee’s alternative scene, notably a pre-Skillet John L. Cooper. Now hailing from Colorado Springs, Browning’s scope of influence takes a progressive approach, with experimental nuances of Radiohead and Arvo Part fitting comfortably alongside those of Queen and Peter Gabriel.

In late April of this year, Browning released the music video for “Underneath The Willow Tree,” the lead track and single off his debut album, Love & Grief. Instantly, the video’s atmosphere, set in the Jean/Roach Dry Lake Beds of Sloan, Nevada, provides a solid complement to the song. The pacing of the instrumentation is patient, as a light, but expansive (and eventually piercing) melding of strings and synths moves to punctuate the visual representation of a widow in mourning. I found the implementation to work well in its shift between the two initial scenarios – where the woman bleakly drags her black dress as she gathers family photos from under stray branches, and the cut to Browning and his band performing. I appreciate how the focus is maintained on the woman’s loss of identity, in a lapse that effectively captures her motions, both through beaming sunlight and lulling dusk. By the time the sun all but completely sets, she has thrown the photos back under a newfangled branch cluster that seem to self-engulf in flames, essentially destroying the mere handful of memories she had once hidden. With Browning solely appearing to grasp part of the dress, which is now splayed near the fire, this leaves an interestingly ambiguous angle for the rest of the album’s thematic direction. I look forward to seeing how the visual components of Love & Grief will continue to develop, because this combination has the potential to become a fully-fledged experience, beyond the album’s already exceptional content.

I come from a family who is passionate about all things music. I learned to sing at an early age, and by 13, had my very own Fender Strat guitar. I tried my hardest at learning all that I could. Because I was born with cerebral palsy, I had to teach myself an adaptive playing style. I learned to write and record my own music, despite these difficulties. In college, I started making great use of my writing abilities by reviewing music, as well as copy editing. I guess it's best to stick with what you know, while welcoming a fair challenge at the same time.
Previous Picture This: Guitarist Brady Novotny With Strauss, Skolnick, Johnson; Releases Multi-genre Single
Next Gallery: Frank Iero and the Future Violents at Brighton Music Hall, Boston, (06.02.19)