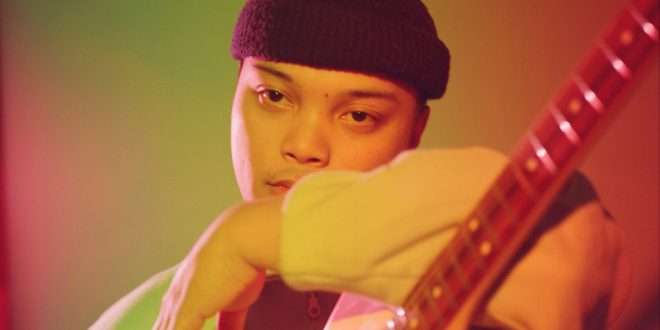 Last month Filipino-American interdisciplinary artist Nathan Bajar announced the release of his debut music project, Playroom, out June 24 on In Real Life. Today, Bajar has shared another track from the project titled “Silver Surfer feat. My Friend Mel” which is inspired by the Marvel superhero “The Silver Surfer.” The song, which is about escapism and space travel, is accompanied by a lyric video created by Noah Weisfogel from an image Bajar took.

Playroom is a 10 track album, produced and recorded entirely by Bajar and it includes a photography zine that timestamps the record’s gestation and his experiences during this period of time. Conceived as a tribute to Nathan Bajar’s late father, the songs are inspired by stories from Nathan’s family history as well as romantic and familial relationships. To see a bit inside the process, check out Bajar’s SoundCloud that includes some of the demos and early songs from the Playroom period.